How about a picnic in the park with a bottle of white? An evening stroll with a glass of dark, unfiltered beer? Champagne corks popping in the streets when there’s something to celebrate? Let us tell you which popular destinations don’t have a problem with you consuming alcohol in the streets – and where this could land you with fine and compulsory community service.

Where you can drink in the street

You would think that the prudish English would get hot under the collar about drinking outside, but it’s not the case. You can enjoy a drink in public (best use plastic containers, though) as long as you don’t misbehave – and this doesn’t mean refusing a cup of tea, but making too much noise, fighting, and swearing. You should also not be drunk in places where it’s obviously inappropriate, such as in church. Fines start from £40.00/$50.00/€45.50.

It is permitted to drink in public places in Germany, but, even in this country where the beer flows freely, this does not apply on Good Friday or All Saints Day (1 November), when it is forbidden.

Another curious but, in our view, important point concerns football matches when, occasionally but especially when two sets of especially combative fans come together, the sale and consumption of alcohol are forbidden. 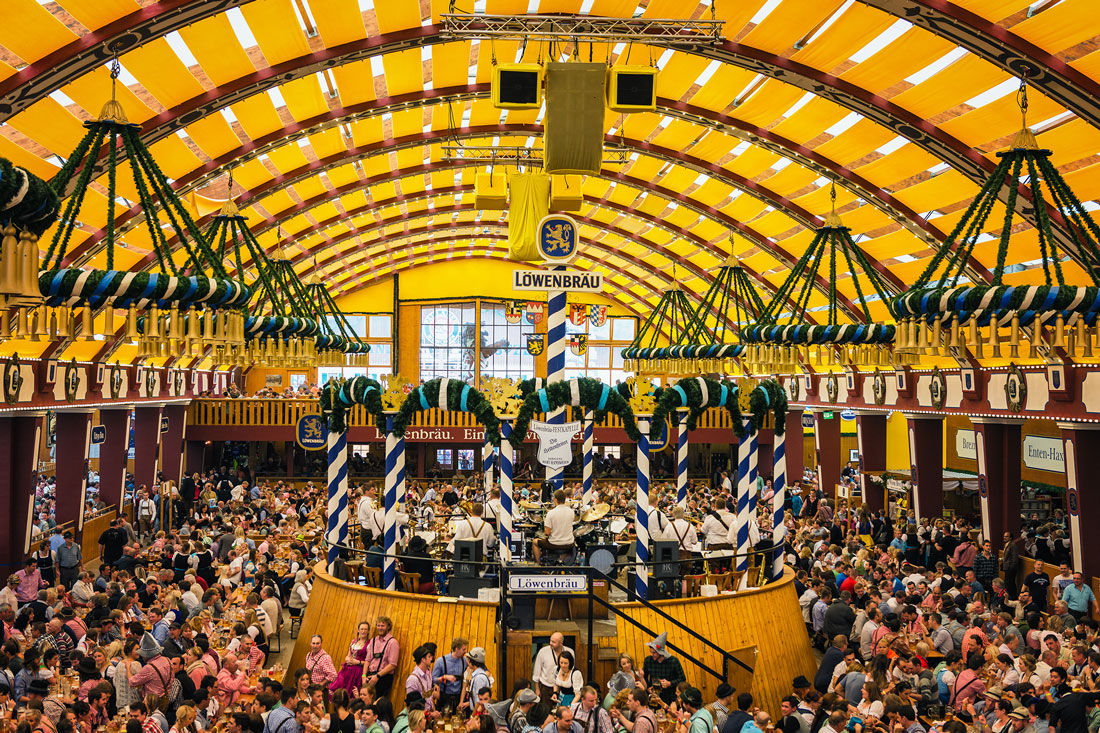 You can drink in the streets in Greece, although the locals rarely do – but they are used to tourists doing it and don’t pay much attention. However, don’t think about getting drunk. Although you’re not likely to be fined (in Greece, people really don’t care unless you turn into some kind of drunken monster), public drunkenness is offensive to Greeks and is likely to provoke dirty looks. The locals do everything in moderation – work, rest, and drink.

The Pope sees all that goes on beneath his windows, making Italy quite a conservative place. Many desperate Catholics here are prevented by law from using marijuana, although the most they risk on that score is a verbal reprimand.

The situation with alcohol is much simpler – this is a country of wine, after all. You can drink in the street, but only out of plastic containers as the glass can be used as a weapon. You can enjoy your pinot grigio or whatever other alcoholic drink takes your fancy out of plastic anywhere in Italy. It’s perhaps neither tasteful nor aesthetically pleasing, but what can you do?

The Italians turn a blind eye to some laws

In reality, even if you stagger blind drunk through a city’s business district at one o’clock in the afternoon, a bottle of vodka in your hand, people are unlikely to interfere with you. As with many other laws, the authorities are likely to turn a blind eye.

You are allowed to consume alcoholic drinks in public places in China, although, again, it’s not something you will see the locals doing. If you want to behave like the locals, stick to drinking in bars and restaurants.

Incidentally, alcohol is sold to anyone in China with no ID required – even to children, but they won’t drink it – parents send their kids to the shop to buy it for them.

You can drink in public in Cuba with no problem – they all do it.

You can drink in the streets in the Czech Republic except in certain designated zones in Prague. This ban is frequently justified as it applies to places like children’s playgrounds or at bus stops. As is so often the case in Europe, the police don’t really pay much attention. Just try to avoid glass containers if you want to drink outside – most bars will pour your drink into plastic or paper containers for you if you ask. It is forbidden to drink in the streets in Thailand if the street is adjacent to a temple. You are not allowed to drink in parks as religious ceremonies might be taking place there. You aren’t allowed to drink at petrol stations and near educational institutions. You can be fined quite severely if you break these rules – 10,000 baht/$312.50€284.00 or even a 6-month prison term.

How could you say you’ve been to Paris without having enjoyed a picnic on a chequered tablecloth spread out over the green grass of a park? Of course, it’s OK to drink outside in France – you have to be 18 to drink, and they expect drinkers not to be rowdy.

Drinking in the street in Japan is not only allowed but is totally normal – so normal that they even have street vending machines selling beer and sake. One more thing – if you see people drinking beer at 11 am, don’t automatically assume that they are alcoholics – more likely to be workers heading home after the night shift. Where drinking in the street ins NOT allowed

Drinking in the streets of Madrid and Barcelona is against the law, and this is down to the local tradition of botellón (literally “big bottle”) according to which the locals, especially poor teenagers, gather close to nightclubs and club together to drink, trying to save money. This kind of behavior can lead to unpleasantness like shouting, something even the noisy Spaniards find irritating, squabbling, scuffles and – worst of all – loud music from speakers placed outside.

Nowadays it’s no longer allowed to drink in the streets in Madrid and Barcelona (whereas in other cities you still can). If you are caught, you can expect a fine of up to €3,000/$3,300 – an expensive pleasure, no?

Consumption of alcohol in public places in the UAE is strictly forbidden. If you break this law, you can expect to spend a month in prison. Visitors to the country can only drink in restaurants and night clubs. You need to have a special license even to buy a bottle of wine – without it you cannot buy any alcohol. Drinking in the streets in Poland is forbidden. The stereotypes would have us believe that Poles enjoy vodka and beer in enormous volumes (in actual fact, Poland is number 14 in world drink rankings, with Russia at number 4). The ban was introduced in 2018, and breaking the law risks a fine of 1300 PLN/$312.50/€284.00.

It’s important to understand the laws in the countries you are visiting, especially if these laws concern everyday things. Let’s hope our list helps you to avoid unpleasant situations and remember – moderation is the key.

This article is not an advertisement for alcoholic drinks. Excessive alcohol consumption is bad for your health.