Hotels on the Seychelles: How Much a Vacation on the Islands Costs

Who has never dreamed of relaxing in paradise, especially during the pandemic? Snow-white sand, a warm ocean and a holiday spent in the shade of coconut palm trees — well, that’s the Seychelles.

We have found hotels in various price categories and are ready to recommend where to stay in the Seychelles so that the dream that you have held for so long comes true (and without bankrupting you).

The Seychelles opened its borders to unvaccinated tourists on March 25. Arrivals will only need a PCR test no older than 72 hours. Prior to departure, you must issue a paid entry permit.

Three-star hotels: from 140€ per night

The hotel is located on the north-east coast of the island of Praslin. For a three-star, the hotel looks luxurious: cozy rooms with a minimalist interior but with everything you need for a comfortable holiday.

Several hotels and bars are available on the hotel territory. During the day you can lie by the swimming pool or on the beach, or go diving. 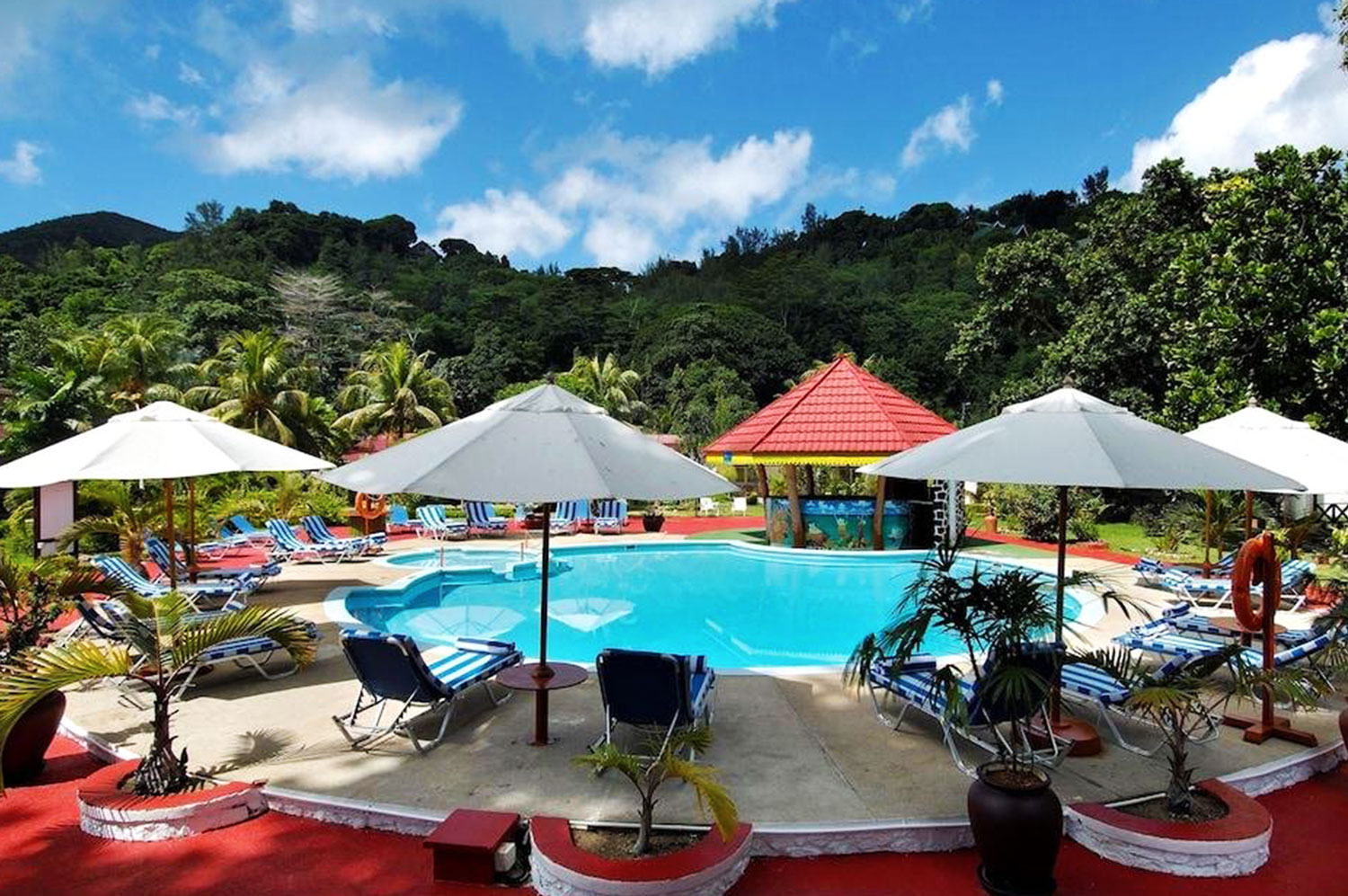 The hotel is located on the coast at Baie Lazare, on the south-west of the island of Mahé. The hotel has several categories of room — from standard to apartments with a veranda and a kitchen.

If you don’t want to be cooking then the hotel territory includes a restaurant which serves breakfast, dinner and snacks during the day. Wi-Fi is only available in common areas, but perhaps this is for the better: in such beautiful surroundings it will be good to take a digital detox. Cocotier Du Rocher is located on the island of La Digue. It is a modest-sized guest house with eight spacious rooms.

The beach Anse Source d’Argent is just half an hour’s walk away. It was named one of the most beautiful beaches in the world by National Geographic. Union Estate park is also nearby. There you can admire the Aldabra giant tortoises and coconut plantations. Our last three-star hotel is found on the island of Cerf. The territory encompasses an open swimming pool and a garden. Some of the rooms sport a view of the ocean. The hotel includes a restaurant with both local and international cuisine.

Sainte-Anne beach is found 2.5 km from the hotel, while the distance to North-East-Point beach is 7 km. It will take you ten minutes by boat to reach Sainte-Anne Marine National Park. Four-star hotels: from 154€ per night

The hotel is on the east coast of the island of Mahé, near Anse Royale beach. Its rooms with balconies sport a panoramic view of the ocean, garden or mountains.

The hotel is modest in size and is drowning in greenery. The territory contains a restaurant, bar, and open swimming pool. The beach is equipped with umbrellas and deckchairs. This apart hotel is located on the north-west coast of the island of Mahé, on Mount Simpson. The complex consists of two- and three-person apartments, and it is just ten minutes from the beach. From the windows you have a view of emerald mountains and the ocean.

A continental breakfast is served in the mornings by the pool. The hotel is located on the island of Mahé, on the hills of Port Glaud. It consists of villas of various categories where from four to seven guests may stay.

You can admire the Indian Ocean from the rooms, which, as you can guess from the hotel name, are hidden in the greenery of a garden. The territory includes an open swimming pool. The hotel is located on the island of Praslin. It consists of ten villas built in Creole style. According to reviews, the hotel provides excellent Wi-Fi. We hope that you will only need it for stories (no work!).

You can get to the ocean in a couple of minutes, but if you want to vary your swimming routine you can enjoy the pool located on the territory. Five-star hotels: from 259€ per night

This five-star hotel of the famous international chain is found on Beau Vallon beach on the island of Mahé — the largest in the Seychelles archipelago. Guests can choose from six different room categories — from standard rooms to luxury 270 square-meter penthouses.

Residents can make use of several restaurants and bars, a fitness center and a spa center. Fans of active holidays can order day trips to the islands La Digue and Praslin. The hotel is located on Beau Vallon beach, ten minutes’ drive from the capital Victoria and five minutes from Morne Seychelles National Park. 50 meters from the hotel’s beach you will find  reef where you can study the underwater world of the Indian Ocean.

The hotel territory includes several restaurants and bars, a spa center and a children’s club — for those who arrive with little travellers. You can book a luxury room with a balcony or with a terrace leading to the garden, or a villa with a pool. The hotel is located on the island of Praslin on Grand Anse beach. Its rooms are all luxury — from family and classical to luxury with a view of the garden or ocean.

Guests can relax in the spa center, or they can go rowing in a canoe. The most expensive and most luxurious hotel from our selection is located on the island of Mahé. It provides both luxury and presidential villas.

The territory sports a number of restaurants, a spa and a children’s club. You can play golf or tennis, do yoga or go kite-surfing. 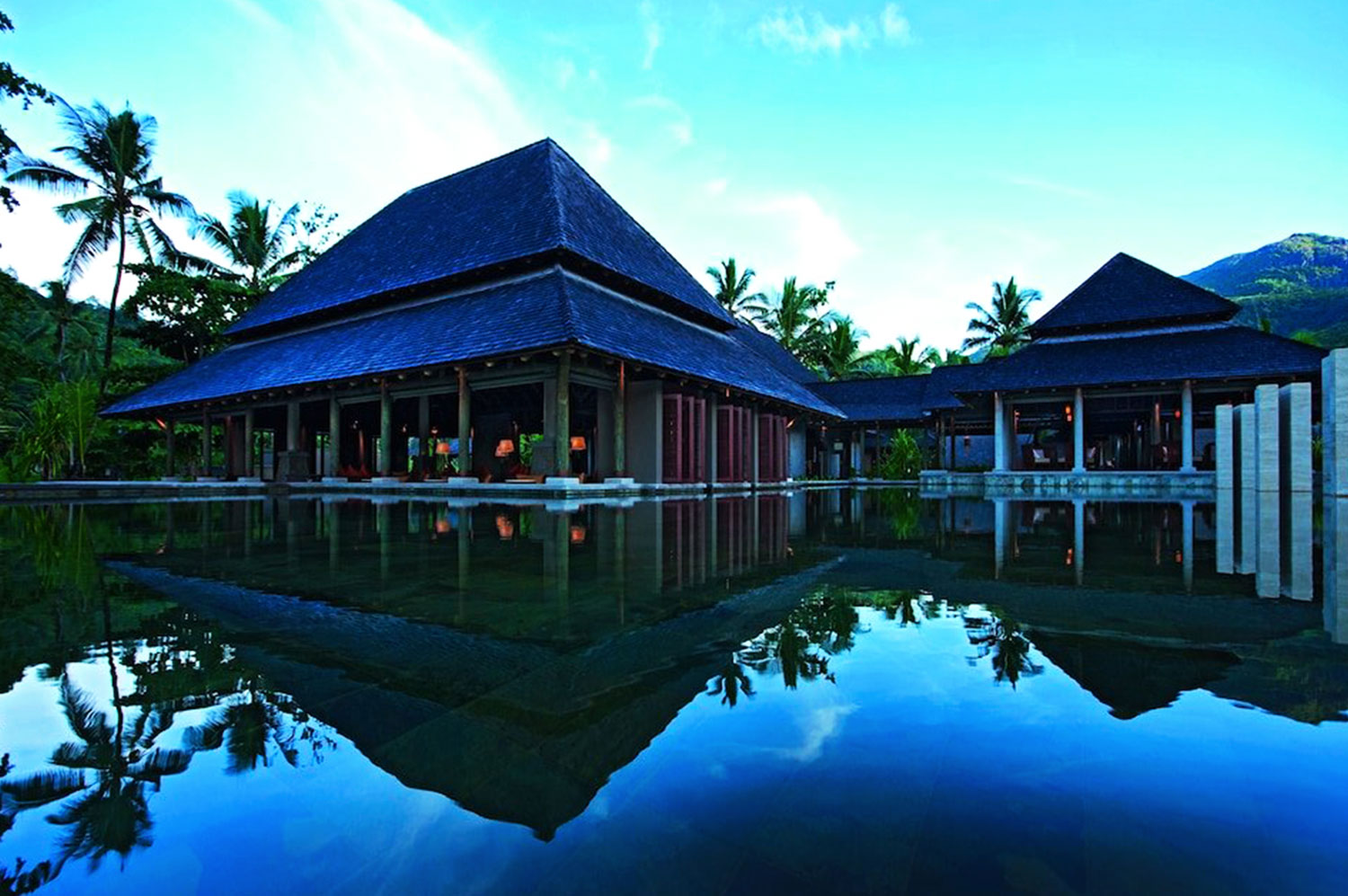 Nobody ever claimed that the Seychelles were a budget option. Yes, it’s still not a mass destination, but if you look hard you can find some great options, both air tickets and hotels.

There is always something to do on the islands, something to see and somewhere to go. And this is another argument in favor of choosing the holiday of your dreams!