If you are planning to cross off yet another country from your bucket list, check to see if you are familiar with its local laws. In some places, you can run into fines for very unusual things (such as camouflage tank tops or swimming trunks that are too loose), and in other places, you’ll even end up behind bars. It sounds ridiculous, but you can discuss this topic from a foreign prison or when you’re forking over a large sum to pay a fine if you prefer. To prevent this from happening, we will tell you clearly what you should not do. Don’t go crying the blues later on that nobody warned you.

If your mother said that you sing better than Elvis Presley when you were a child, evaluate your musical abilities once more before you go to Singapore. Annoying others with bad music in public places is prohibited by law here. A fine of up to $1,000 awaits the ‘musician’. On the one hand, this is great, because no one likes to listen to mediocre performers, but, on the other hand, what to some people sounds like a chainsaw sawing rock sounds like the song of a siren to others. Another amusing ban concerns people who like walking around their home (and hotel rooms!) naked. So close the curtains if you want to strip off. Otherwise, you won’t escape a fine (up to $2,000) or even up to three months in jail.

Sri Lanka: do not take pictures of Buddha and do not wear tattoos of him

In Sri Lanka, they regard religion with great reverence. You’d better keep your fashionable tattoos of Buddha covered, even on the beach, as there have been high-profile cases of deportation and even imprisonment. Besides this, you cannot take photographs with Prince Gautama (he is Buddha among the people) standing with your back towards him—no selfies whatsoever! If you do this, you may insult the feelings of Sri Lanka’s religious believers. If you disregard this rule, you can receive a suspended sentence, and if you kiss a statue of Buddha, as one amorous French tourist did, you can be deported.

In Denmark, you cannot give children strange names: you can choose a name from a list of approved names (to be fair, it is quite large—18,000 female names and 15,000 male names), but you cannot name your kids North, Chewbacca, or similar indignities. If you really want an unusual name, you can contact the relevant state body, Ankestyrelsen. We checked names on Ankestyrelsen’s website: “Daenerys” was not approved. We were disappointed.

Spain: don’t get behind the wheel wearing flip-flops

Spaniards believe that driving a car in flip-flops is a dangerous business. And so it doesn’t become a habit, they established a fine of €200 for it. In principle, we agree and do not recommend getting behind the wheel in this type of footwear in any country. In hot weather, a foot may slip out of a flip-flop, and operating a dangerous motor vehicle will become even more dangerous! 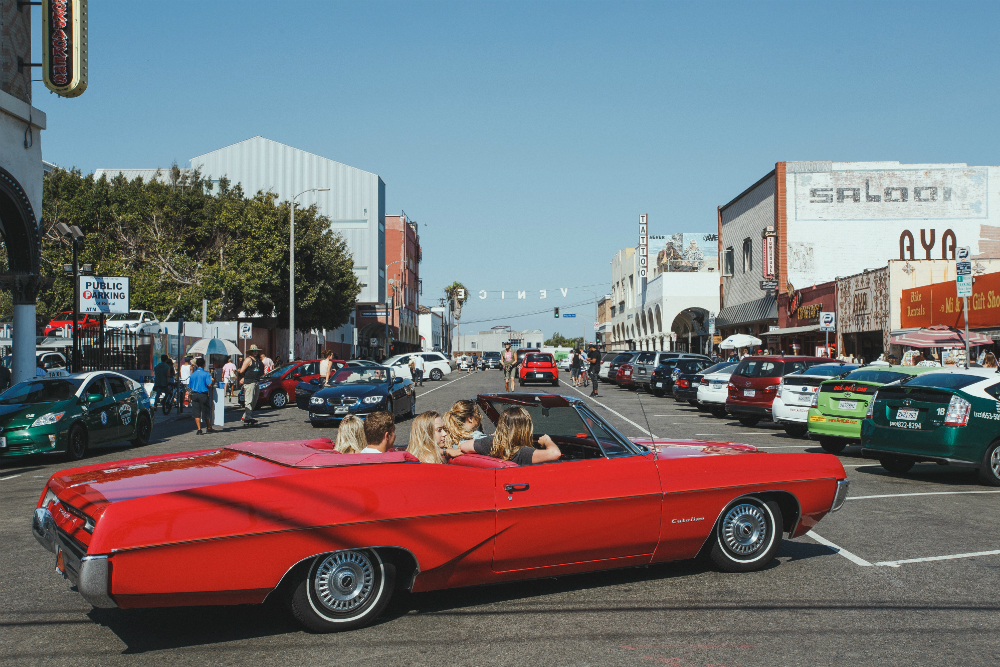 If you can’t live without vaping, you must choose between vaping or Thailand. It’s prohibited to import and smoke electronic cigarettes here. The legislation on the import ban on electronic cigarettes came into force in 2014 and was since expanded to cover the sale of e-smoking devices and fillers as well.

If they find a stash in the pockets of your shorts—vaporizer or liquid—they may decide that you are planning on selling an illegal product to the Thai people. Don’t risk it because you may be faced with a 10-year prison sentence for this! Bridget Jones really didn’t like being in a Thai prison.

Greece: do not wear stiletto heels in historic places

Yet another European law about shoes: in Greece, it is forbidden to turn up at historical places (for example, the Acropolis) wearing stiletto heels. Very well then! First of all, the valuable marble of the Greek temples will not deteriorate, and secondly, fashionistas who love to wear heels will finally mellow out. France: do not swim in swimming trunks in public swimming pools

The ban on loose-fitting swimming trunks is due to the authorities’ concern that you will walk around the city wearing these very same trunks and then wear them in the pool and contaminate it with dust. It’s nice when they’re so concerned about hygiene, but looking at tight Speedos can be a challenge for the psyche.

St. Mark’s Square is one of the most crowded places in Venice and, of course, stunningly beautiful. But be careful if you like to feed pigeons! This is strictly prohibited here because the local authorities do not want the guests of Venice and its historical monuments to fall under a rain from the pigeons… well, you know what we’re talking about. The authorities were so indignant that some time ago they even began to exterminate the birds. In 2011, the modern Italian artist Maurizio Cattelan expressed his indignation with the pigeon hunt by placing stuffed pigeons that looked like living ones on top of the works of Jacopo Robusti at the Venice Biennale. So don’t enrage the officials and don’t lure the birds with bread crumbs.

Yet another Italian law (enacted in Turin) is that dog owners are required to walk their dogs at least three times a day. Italians are dog lovers to the bottom of their hearts; they simply adore their four-legged friends, and in every Italian park you will hear owners talking to their pets like people. Love for dogs is also manifested at the state level—negligent owners will receive a fine ranging from 25 to 500 euros for not walking their dogs enough. It’s not clear how they enforce this law.

The Caribbean: no camouflage

We know that military colors are very fashionable. But unfortunately, in some Caribbean countries (Barbados, Antigua, Santa Lucia, Saint Vincent, Jamaica), this trend will have to be forgotten, since camouflage can only be worn by the military. Or else what? That’s right—a fine or imprisonment. We think that Rihanna must be quite unhappy about this law.

In Turkey, currency is considered to be a national symbol on equal terms with the coat of arms and flag, and the faces of presidents and ministers are often depicted on it. So if you want to dramatically rip up a bill on the streets of Istanbul (well, you never know!), remember that you are not just ripping up a piece of paper, but rather Turkish pride. What will you use to pay the fine?

Maldives: don’t bring pork, pornographic magazines, alcohol, or the Bible with you

Few people know, but the Maldives is a Muslim state and religion is taken very seriously here. We don’t advise you to bring pork (well now, everyone has their own weaknesses), alcohol, or your favorite issue of Playboy with you. Books containing religious texts are also prohibited.

There’s an interesting law in the state of Utah (USA): you cannot marry your cousin there… until you’re 65 years old! But as soon as he and she both turn 65 there’s nothing stopping them!

Forewarned is forearmed! Don’t forget to share these rules with a friend who is going to one of these countries so that, for example, he or she does not decide to reincarnate themselves without permission from the authorities in China.