Berlin is deservedly known for being a city where you can look how you want and wear what you want without being shackled by convention. Put simply: it’s where you can be yourself. People here have long since ceased to be surprised at crazy hairstyles, tattoos covering a person’s entire face, a huge number of piercings, or even an unusual choice of clothes.

Everybody is accepted in Berlin, and each has the right to self-expression. It’s safe to assert that FKK (Freikörperkultur) — Germany’s famous culture of the free body — has played an important role in this.

Question no. 1: what exactly is FKK?

The culture of the free body first appeared at the end of the 19th century and quickly gained popularity in Germany. The appearance of FKK (whose name, by the way, was adopted much later) was driven by the intellectuals of the 1890s who were repelled by the morals of the times. They believed that the naked body should not be a source of shame but a source of freedom.

Another reason for the growing popularity of naturism was the working class’s way of life: its members were often ill due to living in cramped and unsanitary conditions. FKK became for them a way of leading a more healthy and active life.

During FKK’s expansion it was separately highlighted that this movement had nothing to do with sexualization, but, on the contrary, advocated respect for the nude body and the opposite sex, as well as communing with nature. This idea was started by one of the advocates of free body culture in the 1920s, Berlin teacher Adolf Koch, who held “nude” PE lessons at the grammar school (under the supervision, of course, of the pupils’ parents).

FKK gained its greatest popularity in East Germany after WWII. At first, the government tried to ban the movement, but then, by contrast, it even encouraged those wishing to commune with nature. Many long-term members of FKK clubs in East Germany say that this way they were able to feel more or less free, despite the hardships and way of government.

Question no. 2: wherein Berlin can you take part in free body culture?

Almost everywhere. When it’s warm, in a number of parks and on beaches of Berlin’s many lakes, while when it’s cold at any sauna — where you’re not only allowed to take off all your clothes but you’re banned from wearing any.

FKK beaches are marked by the “FKK-Bereich” sign, but you really don’t have to worry about this: nobody will ban you from enjoying nature in your birthday suit even in places without beaches and special zones.

Moreover, fines for being nude in public don’t exist at all: during the hot summer of 2019, the police in Brandenburg stopped a bike rider who was dressed in just sandals and a helmet. The man explained his choice by the incredibly hot weather.

After the police uploaded his photo to Twitter, users asked whether the bike rider had broken the law, and received a negative answer. Actually, the police did ask him to don a pair of trousers and a T-shirt, but only because he might have distracted other traffic users with his appearance. 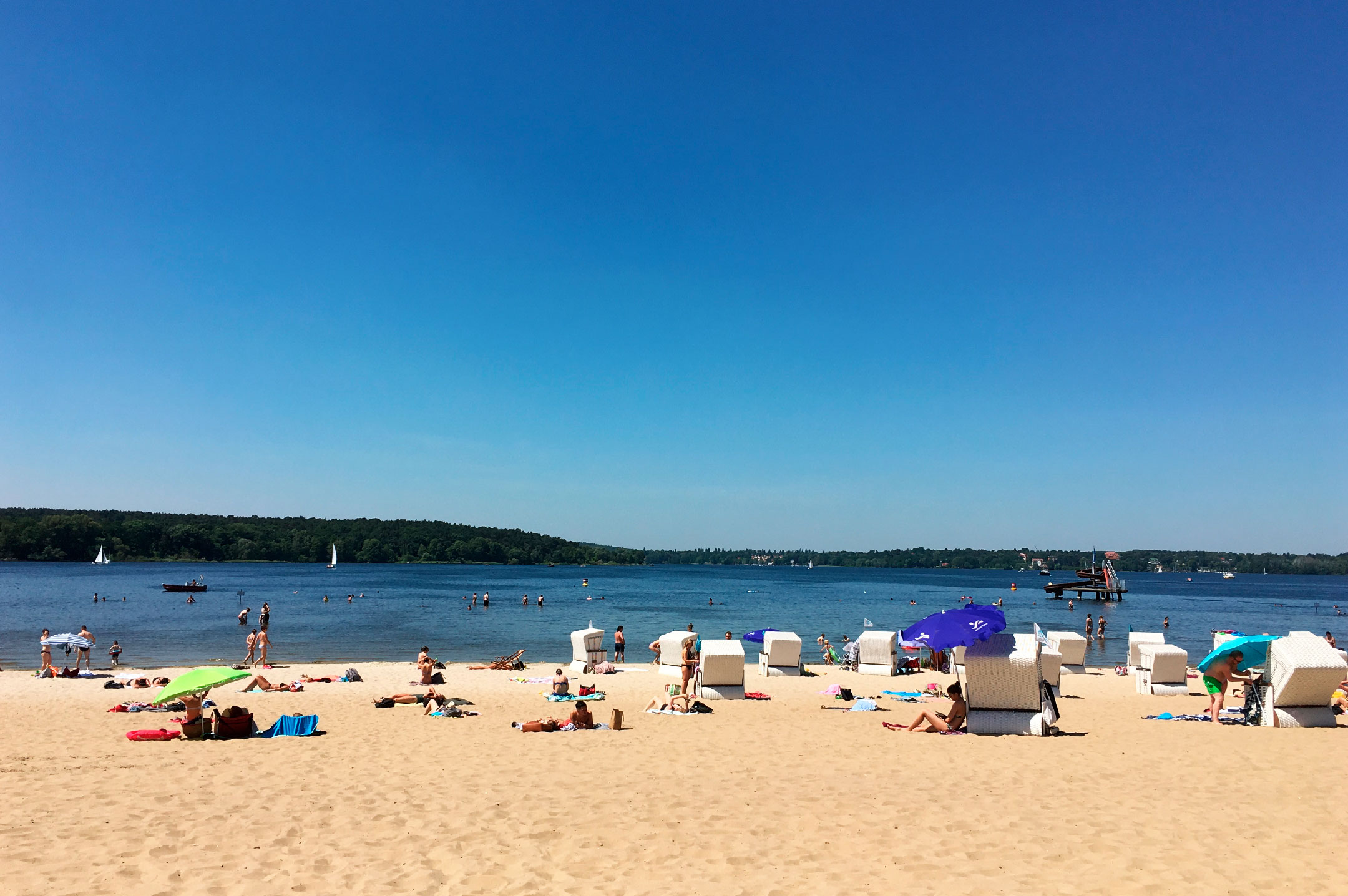 Question no. 3: is it true that even corporate events are held in German saunas?

Yes, but only people who are not used to FKK from childhood are shocked by this. Given that the absence of clothes is natural for many Germans, there is nothing surprising in you and your colleagues discussing the latest news by the cooler in the morning and then all heading for the sauna in the evening.

When talking to friends and colleagues about FKK, you will hear various stories about how their son-in-law first met his future mother and father-in-law on a nudist beach, or how a policeman came across his high-ranking boss during a naked hiking trip.

Defenders of FKK say that clothes are partially our protection and armor, our status and our level, and when we are naked we are all equal and free before each other: you never know who is next to you – a surgeon with an international reputation or an assistant from the shop next door.

Question no. 4: how does free body culture help you to accept others and yourself?

Many expats who move to Berlin at first feel quite uncomfortable in mixed saunas but eventually take pleasure in discovering free body culture. Nobody looks at anybody else either on the beaches or in the saunas (neither with criticism nor delight), and nobody is embarrassed by their imperfections or hides behind clothes.

A person who has grown up with FKK understands like no other that there are no ideal bodies, and that diversity dominates in the world. This allows them to relax, forget any complexes, accept others, and feel confident about themselves.

If you decide to join in with FKK, then above all, keep the main principles in mind.

Oh, and finally, the most important postulate: we are all equal before nature, so there is no point in hiding behind clothes.