Streams That We Deserve: Nature Live

Remember the expression “if the mountain won’t come to Mohammed, Mohammed must go to the mountain”? Well, it’s quite appropriate right now: you see, if we can’t go on journeys, but we really want to enjoy the outdoors, then let’s make technology bring the outdoors to us!

We’ve put together for you a selection of web cameras from throughout the world that broadcast the life of various animals in their natural environment. Choose a category, click on the picture, turn the sound on and immerse yourself. We warn everybody who is working remotely: these broadcasts are addictive and capable of drawing you away from your work for hours on end!

When you watch them, don’t forget the time difference between countries.

Dances by jellyfish in the Aquarium of the Pacific (California, USA) is an amazing, truly hypnotic sight. These jellyfish are the species known as sea nettles, they live in the Pacific Ocean, and possess a beautiful golden bell with a red hue. They are dangerous if people touch them, but not deadly. You can watch them at any time, and they are guaranteed to help calm your nerves.

Manatees at Blue Spring State Park (Florida, USA) will melt anybody’s heart and make them smile. These delightful creatures are sensitive to the cold, so they migrate in winter to warm waters. The temperature of 72 °F in the park’s waters all year round creates vital conditions for manatees during their “hibernation”. As a bonus, you might get to see all sorts of fish, turtles, and gannets. The people you may see on camera are researchers with special permission.

Tropical reefs, modeled after the coasts of Palau and Sardinia, will delight you with their over 1,000 species. A forest of sea vegetation near the coast of Anacapa Island, California, is the only one of its kind, and can completely replace meditation for you.

But if it thrills you’re after then try sharks from Monterey Bay Aquarium — this is one of the world’s largest aquariums and is also located in California. Sevengill sharks, leopard sharks, and the Pacific angel shark (almost like an encyclopedia, but in video format) will brighten up your evening, together with skate and other pretty fish species. The sea nettles in Monterey Bay Aquarium are also magic, although they can cause you considerable damage. But not if you only look at them onscreen. Georgia Aquarium (the largest aquarium in Atlanta) will charm you with its cams of jellyfish, California sea lions, and beluga whales.

Do you want to see how seals relax? Then turn on this cam. Several months each year, Round Island (Alaska, USA) is covered in walruses lazily lounging about by the sea. There are about 15,000(!) of them. And if you look carefully, you’ll spot sea birds, seals ,and even whales.

We don’t have to tell you much about penguins — here you can see these amazing creatures under water, and here they are captured above sea level. Enjoy!

You can watch polar bears thanks to Polar Bears International, a not-for-profit organization dedicated to protecting them. The broadcast is from Wapusk, a Canadian national park. As a bonus, you get to see a cam featuring the northern lights (Churchill Northern Studies Center) — catch it at night and admire the bright colors painting the skies.

The best time to see the northern lights is winter and early spring, but you could still luck out right now. Dated screenshots in the chat confirm this.

Alaska competes nicely here, too, with its streams of bears.

You can watch giant pandas 24/7 directly from iPanda (China). This organization specializes in protecting pandas and wild nature. Today over 100 giant pandas live at its research center, and the organizers run a breeding program. That’s love! 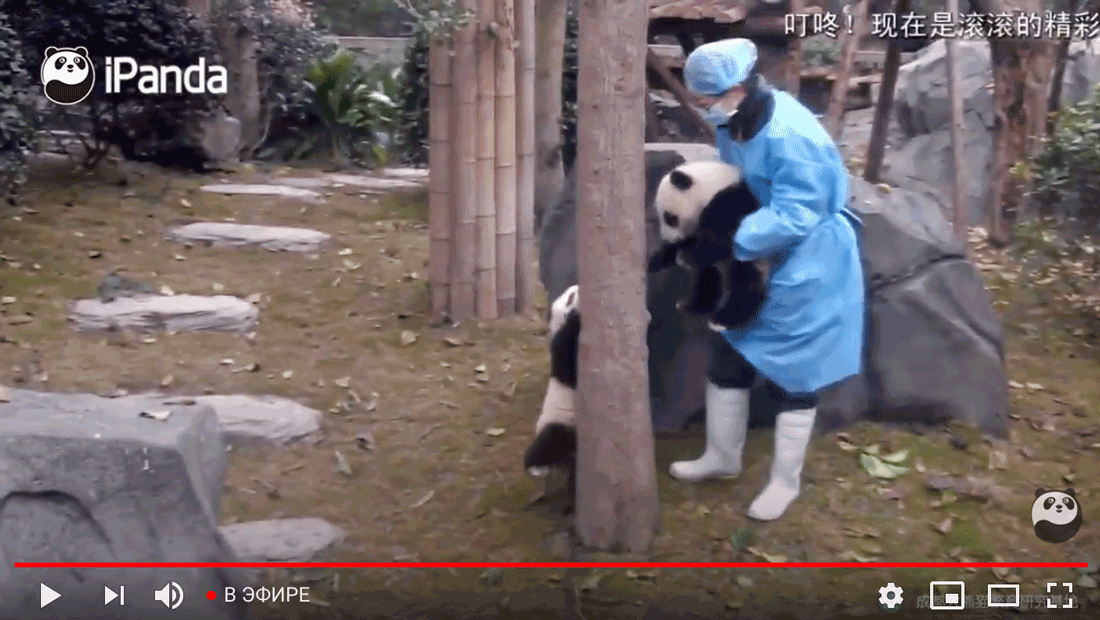 St. Augustine’s Alligator Farm Zoological Park (Florida, USA) enables you to see the life of over 24 species of crocodiles and elegant roseate spoonbills (a type of wading bird). Danger and beauty in a single view!

Crocodiles, hippopotamuses, elephants and giraffes, as well as storks, herons, and owls, regularly appear on the cam from Olifants River (a tributary of the Limpopo River, South Africa). So you can say you’ve seen wild nature and visited Africa.

Mpala Research Centre (Central Kenya) broadcasts a watering hole for elephants, hippos, zebras, gazelles, crocodiles, leopards, and many other species in their natural habitat. While here, a camera set up at the level of a leopard’s eyes allows you to visualize the real scale of animals who come there to drink.

Tembe Elephant Park broadcasts the biggest elephants not only of Africa but of the whole world. The park enjoys a unique location combining a tropical and subtropical climate. Apart from elephants, you will sometimes see lions, leopards, rhinoceroses, buffalos, antelopes, and birds (over 340 species). Wolves and bison (for real fans)

Midewin National Tallgrass Prairie allows you to watch a bison herd (well, some people love it). The cam from this American national park featuring tall grass and grazing lands is on from six am to six pm.

International Wolf Center (USA) is a research and educational institution aimed at protecting the wolf population. Their cam films a pack of wolves, including four ambassadors who even have names: Denali, Boltz, Axel, and Grayson. We’re not sure it’s easy to tell who is who, but you can always use your imagination. If you want a soundtrack consisting of birdsong, then here it is!

A lovely nest of Californian hummingbirds is certain to make you smile. A bird feeder in Ohio built by a lad named Scott with the laudable aim of turning his backyard into a cozy place for animals, with food and a conducive environment. Apart from various species of birds, sometimes you get to see raccoons, rabbits, squirrels, foxes, and even deer.

This colorful broadcast from the Panama Fruit Feeder Cam comes from Panama’s Canopy Lodge complex inside the crater of an extinct volcano. You see a bright, fresh picture with various birds, and you can enjoy hearing them sing. These bald eagles live from the state of Iowa (USA) demonstrate their splendor. This nest was rebuilt by a team from the Raptor Resource Project so that the eagles had somewhere to raise their young. This proud eagle couple tends to their babies – your heart will melt watching them!

Puffins are quite adorable birds with amazingly colored beaks and feet, as well as the cutest eyes, almost triangular. Puffins live in the sea for part of the season, but in spring they return to the colonies where they were born (the cam is located in the USA), in order to build nests and breed. By the way, our guide to the Faroe Islands shows puffins close up, but live video is even cooler of course!

And finally, here’s a piece on real sloggers. Bavarian honey bees work for days on end, and as there is nothing more wonderful than watching others at work enjoy this broadcast. By the way, it’s really educational.

The bubbling from an aquarium, the lowing of animals at the watering hole, the fluttering of wings – of course, this isn’t the same as a real trip to an aquarium or through a national park, but it will definitely brighten up your days and help to take your mind off other things. So have a great virtual journey – we’re off to watch the pandas for a couple of hours.