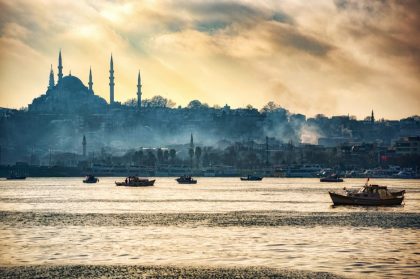 10 Things You Should Not Do in Istanbul

The charm of medieval chaos and the bustle of modern industry combine in Istanbul. From the old multicolored bazaars to the latest models of glistening cars; from the fishermen on the waterfront to the sparkling windows of luxury brands—it seems that Istanbul has everything and everyone is welcome. Here, any guest can find their own piece of home. However, as in any major city, travelers in Istanbul can fall victim to foul play. We’ll tell you what you should not do in Istanbul and how to shine in your knowledge of local rules.

The appetizing simit (Turkish bagel), sprinkled with sesame seeds, is an Instagram star and just as much a symbol of Istanbul as the Blue Mosque or the tulip-shaped Turkish tea glass. An important ritual of travelers is taking photos of simits with the waves of the Bosporus in the background. You can find simits on the streets of the city: merchants with bright red carts sell them for 1 lira each (approx. €0.17). However, not everyone knows that the locals never buy simits from carts on the street; early in the morning, they go to bakeries where simits are sold straight from the oven. Any resident of Turkey will tell you that the famous simit turns rock hard and inedible an hour after it’s baked. So not even a single resident of Istanbul will allow themselves to buy a simit from a street vendor, even for just a lira.

Don’t pick up fallen shoe brushes on the street

There’s a piece of advice about shoe-cleaners in the Galata Bridge area dropping brushes on narrow dusty streets. Having noticed that the poor shoe-cleaner has lost his working instrument, tourists pick up the brushes or call out to the shoe-cleaners. As a sign of gratitude, the shoe-cleaners offer to clean the shoes of the tourist who found their brush—here is where the deception begins. This cleaning will cost the kind tourist a decent amount—from 50 liras (approx. €8.40). Alluding to the language barrier, the shoe-cleaners aggressively demand payment. So if you see a brush, step over it, smile, and walk on without any pangs of conscience.

The pomegranate is a recognizable symbol of the city. You will find ceramic pomegranates in every city café. However, the pomegranate is a seasonal fruit. If you are convinced that Turkey is the land of everlasting summer and everyone enjoys pomegranates all year round, we have some disappointing news for you. This juicy fruit fills up city markets only in September and October and it’s worth drinking pomegranate juice just during these months. It costs no more than 8 liras for a large glass (approx. €1.35). During other months of the year, tourists may not be poured fresh juice, but rather juice from concentrate. Besides this, the price of the drink will be much higher than in the fall. To most people’s surprise, tips are not required in Istanbul. As a rule, the owners of local establishments are family clans, and all profits go to the family. Tips are not of any value if your table is served by the owner’s brother. There are exceptions, of course: for example, a 10% service charge is already included in the bill in some restaurants in the Old City. Examine the bill carefully: the amount added is listed in the “service” column. In all other places, including taxis, you are not required to leave a tip.

Don’t dine in the Old City

Like any city with an impressive history, Istanbul has an Old City with numerous historical monuments. Hotels, hamams (Turkish baths), bazaars, and restaurants are located here. However, dining in the Old City is considered bad form. Restaurants here are overpriced, and, in the opinion of the Turks, are not a shining example of culinary mastery.

For example: the testi kebab (meat baked in pots) in the Old City, a popular tourist spot, will cost 70-100 Turkish liras per serving (approx. €12-17), while this dish can be found in the Taksim Square area for less than 50 liras (approx. €8). Moral of the story: when you decide to have a bite to eat, choose places far from Sultanahmet Square—Beyoğlu or Beşiktaş.

Don’t avoid the city’s Asian side

Istanbul is located on two continents—the Bosporus Strait splits the city into two halves. As Constantinople (later, Istanbul) developed and expanded over time, it came to be geographically located on the European side of the Bosporus. There are no historical monuments in the city’s Asian side, however, and therefore it’s not popular with tourists. Members of the upper and middle classes live here; on weekends, English can be heard everywhere on the embankment, and luxury yachts are docked in the marina. This is a good place to take a break from the museums and crowds of tourists, and also to catch a glimpse of how ordinary residents of Istanbul live. In the luxurious Caddebostan Park, you can rent bicycles and ride along the coastline, enjoy a picnic, or walk down the high-end shopping street Bagdat caddesi.

Don’t refuse the tea offered to you

Turkish tea and tea sets are the first things that spring to mind when you think about what to bring home as a gift from Turkey. In Turkey, the most popular sign of hospitality is being treated to Turkish tea. It may seem to tourists that tea is offered simply for the sake of decency, and, according to etiquette, it should be turned down. However, for any Turk such a refusal is akin to a personal insult. Drinking tea together means continuing a conversation or a business deal. By drinking tea, you show that you know and respect the local customs.

There are legends about balık ekmek—the famous Istanbul fish sandwich. This is not surprising, since Istanbul is spread out along the banks of the Bosporus between two seas and there are plenty of fish there. The center of fish culture in the city is the Galata Bridge, which connects the Old City with the New City. Here, on the bridge, the waves of the Bosporus merge with the Golden Horn estuary, and fishermen can be seen casting their rods from sunrise to sunset. Galata Bridge is precisely where tourists head in search of fish delicacies. Barkers call out to guests of the city, inviting them to taste a popular fish dish, only prices in the restaurants here are sometimes ten times higher than the average prices in the city, and the quality of food is nowhere near the best. Go to Fermeneciler street to try Istanbul’s fish delicacies. They make an amazing balık ekmek in pita bread at Kuzine Karaköy—the price is about 11 liras (approx. €1.80). Another favorite local fish place is Akın Balık, where you can order dinner for two with rakı (Turkish vodka), appetizers, and main courses for 300 liras (approx. €50).

Bargaining at a bazaar is much like a theatrical performance. The Istanbul merchants have a good attitude towards tourists—they love customers, and the tourists themselves try to bring as many gifts home as possible. Bargaining according to Istanbul’s rules is like lovers flirting: your request for a lower price shows your partiality for a particular seller and his product. Consider bargaining to be a game played by certain rules: the seller states the price, you offer half the amount, he throws his hands up into the air, you nod your head sadly while lamenting the high prices and head towards the exit. A discount is guaranteed after acting out this mise-en-scène. According to the Turkish rules of this game, both parties are happy: the buyer is happy because he saved a lot of money and the seller is happy because he found a home for his wares.

New Year in Istanbul will only be enjoyable for those who want to avoid the traditional festivities. They do not celebrate the New Year in Turkey and the weather is dank and raining so the locals prefer to stay home. Holiday shopping before New Year is not popular either. In Muslim Istanbul, there are not and cannot be any Christmas markets, mulled wine, or the usual decorations. They don’t set off fireworks and there are no street concerts on New Year’s Eve in Istanbul. The only festivities are in the center of the New City in the area near İstiklal Avenue, where tourists gather at midnight to celebrate the New Year together. This would be alright if it wasn’t for the large crowd of locals who come here from remote and poor neighborhoods to stare at the foreigners. At this time, it’s not safe for women in the center of Istanbul. Therefore, we only recommend a trip to Istanbul for the New Year to those travelers who prefer celebrating the holiday in their hotel room. You should bring your own champagne with you.

It’s a matter of honor for any resident of Istanbul to show off their city in the best possible light. Don’t be too shy to ask the locals for advice: where’s a great place to eat, which is the best fruit to buy, or whether the price of a certain food item or souvenir is high. By following our rules, you will be sure to have an excellent time and return home with the most pleasant of memories.