The Best Beaches in the World: From Hawaii to the Philippines

If city life has got you down to the extent that you want to change your scenery as much as possible during your holiday, then we advise recharging your batteries on the beach. We have put together a collection of the most picturesque beaches of the world — sandy ones with free entry. A couple of weeks on any of these beaches will not only bring you back to life but will fill you with energy and strength for more professional achievements.

The Hawaiian island of Oahu became famous due to the film Jurassic Park. The beaches here really aren’t of this world — you will be in awe from their view along the road from the airport to Lanikai Beach. The beach itself has been recognized as one of the most beautiful in the world on several occasions: this is due to the pink-emerald water (because of the particular plankton it contains), and the heavy, snow-white sand (which the waves don’t raise too high, as a result of which the water is almost always clear).

The best time for a holiday here is late spring or the summer. Autumn and winter are chilly, and sometimes it rains. You can go kayak riding on Lanikai Beach: the nearest rental spot is in the neighboring town of Kailua, and hiring a kayak will cost from $50 for a half-day. You can also rent a surfboard (from $20 for a half-day) or a snorkeling mask (from $15 for a half-day).

This is a six-km slice of paradise on Earth with deep blue water and snow-white sand (this color is due to the high silicon dioxide content). The entire territory of the island is considered a national park, hence building hotels here is banned.

Tourists visit Whitehaven Beach either on a day trip with an excursion or for diving (from AUD 160), or else they stay at the campsite (AUD 6.55 per person per night). If camping’s really not your thing, you can stay at a hotel on the neighboring Hamilton Island and order a cruise to Whitehaven Beach (from AUD 109 per person).

Virtually ideal, smooth white sand and deep blue sea of the Caribbean surrounded by wild tropical growth — that’s what attracts tourists to the beaches of Riviera Maya. The beach season here lasts all year round. The undoubted advantage of a holiday at Playa del Carmen is its proximity to many natural and historical sites. Matira Beach, with its white sand, extends 1.5 km along the coast of the Pacific Ocean. It’s a true corner of paradise on the island of Bora Bora. You should go swimming here with a mask or aqualung (equipment rental costs from $104) in order to admire the rich ocean wildlife (turtles, barracudas, rays) and especially the corals. While in the evening, you can take mind-blowing photos with the sunset — the western part of Matira is particularly photogenic.

The overhanging white cliffs and the purest of water that changes color from deep-blue to emerald (thanks to the large volume of chalk at the bottom), make Navagio Beach a true Greek pearl. The beach gained its name and global recognition at the end of the 20th century after a pirate ship was thrown onto its coast (the smugglers themselves escaped from the Greek police in lifeboats). The boat’s hull wasn’t removed: its rusty silhouette, contrasting strongly with the surrounding natural beauty, now attracts hundreds of visitors every day. A beautiful view over the bay is available from a viewing point. But here you need to make a choice: there’s no descent to the sea on foot. So either you get here by boat from the port of Zakynthos, swim and take a selfie with the ship, or else you arrive by car and take a photo from high up. Both options are worth spending time on.

To go swimming with a mask, to admire the turtles in the clear blue waters of the Indian Ocean, relax on the snow-white sand and walk under the coco palms — that’s why it’s worth spending time on Anse Lazio Beach. And of course, to take your picture on one of the granite boulders that have been picturesquely scattered along the shore. Equipment rental for diving will set you back around $50 per dive. There are also good conditions for surfing here (surfboard rental costs from $35).

Another beach that has been recognized on several occasions as the most photogenic and most picturesque in the world. The icing on its cake is the pink shade of the sand in combination with the deep blue sea. The pink shade is due to the microscopic coral shells. The coral reefs protect the beach from the strong Atlantic waves, while the palms surrounding it shade it from the heat. Therefore, Pink Sands Beach is always comfortable for bathing, walking along, and sports. You can dive with a mask or hire diving equipment (price from $125).

The entire island, including this beautiful beach, belongs to the Sun Island Resort & SPA hotel. Therefore, apart from the deep blue waters of the Indian Ocean and white velvet sand, you can expect the entire range of resort entertainment. For example, you can go diving (equipment rental from $7 per day). Or you can acquire a full set of holiday activities, including the underwater observation of the inhabitants of the sea depths, water skiing, kayaks, and surfing ($400, can be ordered in the hotel).

The snow-white coral sand is the main attraction of this four-km beach. It hardly gets hot at all under the burning sun. And it’s especially nice to spend time in the heat under the palms hanging over the beach. The deep blue waters of the ocean are crystal clear. 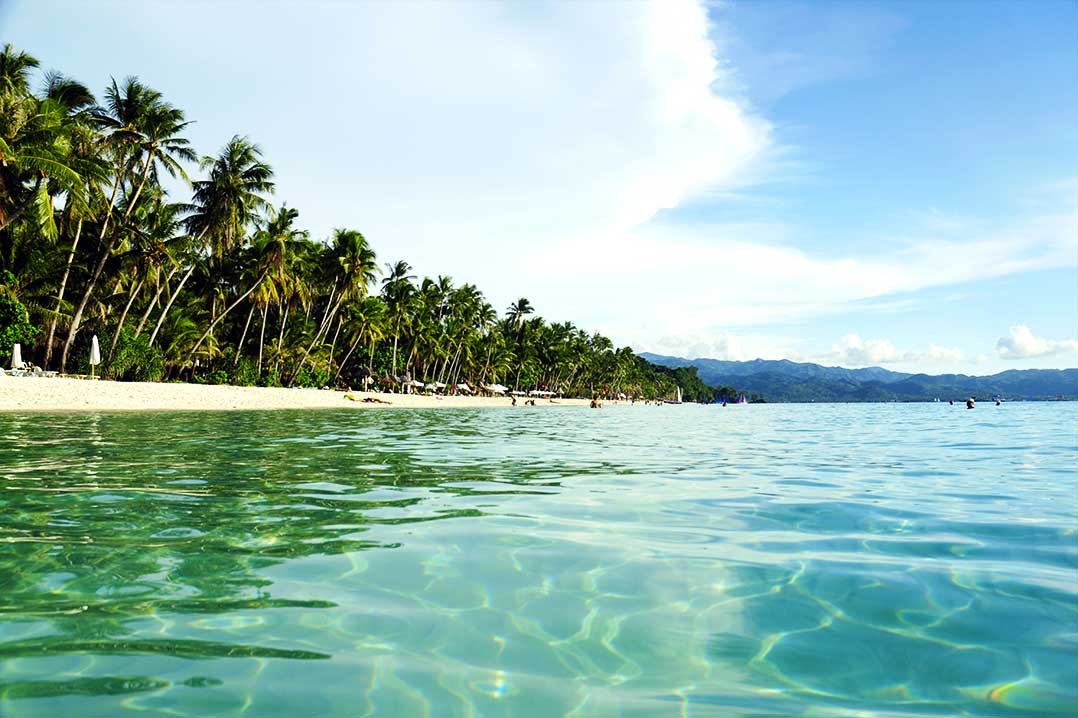 You can swim with a mask or dive with equipment (the price starts at $35 per dive) and admire the crabs, sea bass, butterflyfish, and sea snakes. White Beach contains desert, almost wild plots, but you will also find zones with cafes, restaurants, discos, and crowds of holiday-makers. You will manage both to take a rest from other people and to enjoy the party-style resort life (for which we recommend reggae evenings at Bom Bom Bar or discos at Summer Place).

Nothing quite renews us like passively observing the sea horizon and snow-white, velvet sand. And so that you don’t get bored, you can always go swimming with a mask, diving, surfing, or choose other water sports. It’s not that easy to get to these beaches. But it’s their very remoteness that enables them to preserve their natural beauty.