The National Character: What England Can Teach You

The majority of travelers encounter certain stereotypes about England: the uptight natives, damp weather and legendary 5 o’clock tea. However, as is often the case, nothing is that simple. If you take a deeper look, uptightness transforms into a virtuous ability to observe personal space, both in the literal and metaphoric sense, combined with super politeness — always, everywhere and with everybody; meanwhile, the damp weather has toughened the locals to the extent that they have an uncanny ability to dress lightly and casually, even when it’s freezing cold; oh, and 5 o’clock tea isn’t actually taken at 5 o’clock… But let’s not jump the gun.

It’s an unspoken rule for the British — don’t get closer than half a meter to a stranger. People in queues always observe the distance requirement so that they never encroach on the next person’s comfort zone. If you see somebody pushing in front with a totally stony face and without asking for permission, you can bet your bottom dollar that it’s a foreigner. Given that the British actually enjoy standing in queues and are experts at it, you should try and pick up this skill, too.

The best-known British queues are at the Wimbledon tennis tournament. To gain admission, you have to purchase premium tickets that are only for sale at the entrance on the day of the matches. Tennis fans show up the night before with tents, collect a numbered “queue card” (so that nobody pushes in front of them) and then patiently wait for hours, pedantically observing the specially written rules for queueing. 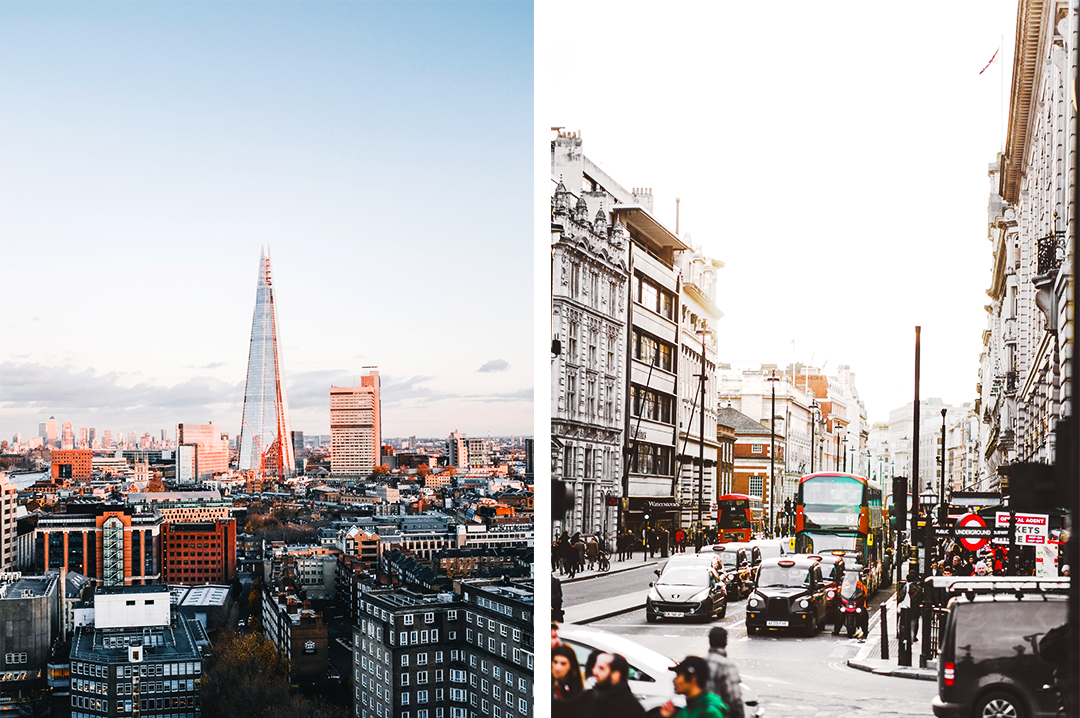 It’s not sufficient to just be polite in England, you have to set the bar extremely high to avoid appearing rude no matter the circumstances. Did somebody push you in the Underground? Apologize for getting in their way. Were you short-changed in the shop or did they bring you the wrong dish in the restaurant? Apologize in order to avoid giving the impression that you’re only letting them know about their mistake because you want to insult them. Oh, and just in case: when going out of a room hold the door open for about five minutes. If somebody suddenly appears from around the corner you can sleep tight knowing that you didn’t slam the door shut on a stranger’s nose. Oh yeah, don’t forget to say sorry a couple of times in all this, to make sure that nobody thinks you are rude

England is part of the United Kingdom of Great Britain and Northern Ireland. When asked their nationality, people from England or Wales will most probably reply that they are British. Welsh natives are more likely to equate themselves with the English and Wales with England, whereas the Scots and the Irish will probably not call themselves Brits.

Respect the traditions of English tea-time

Forget the idea of the queen drinking tea with the best Ceylon tea leaves at precisely 17:00. England will teach you to drink ordinary black tea in tea bags (the most popular brands being PG tips and Tetley) with a generous portion of milk ten times a day. You are sure to be offered a cuppa when visiting friends, at work, in a cafe, pub or restaurant. The English take their favorite brand of tea with them when traveling or visiting friends so that they avoid breaking their habits even for an instant. Visitors often bring tea home from England as a present for their friends and family as an indisputable symbol of British culture. However, the kingdom has no tea plantations of its own and never had any: the tea is imported from Africa or Asia and packed into boxes sporting the name English Breakfast (a flavor of black tea usually consumed during breakfast) or Earl Grey (classic black tea with a hint of bergamot).

The coffee parlors of London have offered tea since the mid-17th century when it was believed that tea possessed healing qualities. This marketing initiative proved successful, and tea began to acquire popularity among the wealthy. In 1660, tea cost ten times more than coffee and was only affordable for the elite. Demand for the drink grew over time: tea became a symbol of social mobility, requiring its drinkers to act in a certain manner — everybody wanted to copy the upper strata of society. During the time of the British Empire tea became particularly popular in the colonies, too, thereby strengthening the opinion that Britain knew its stuff about high-quality tea and was directly linked to its origins.

Don’t dress for the weather

Due to the specific climate in England, you will learn to ignore the concept of seasonal clothes. Moreover, people get toughened up to handle the weather when they are still little, as the heating is only turned on at home when there is some special need. With the locals used to the constantly changing weather and a lack of clearly differentiated seasons, wearing open sandals in winter or boots in summer will seem quite normal, and you will probably put on a light jacket all year round. You will cease to be shocked by girls in short cocktail dresses, and guys with nothing more than a T-shirt on top standing outside the pubs when it’s 5°C — dressing for the weather is considered odd here. Expensive cars, designer clothes, and the latest smartphone models cannot give away your social class in England. It’s identified by accent, words, and expressions used, by where you grew up or what school you went to. For example, words to express wonder at something they liked such as marvelous, splendid or ravishing are used by members of the upper echelons of society.

When it comes to private schools, those such as Eton or Marlborough College have reputations of being aristocratic alma-maters, whose old boys and girls include former Mayor of London Boris Johnson and wife of Prince William Kate Middleton.

And what’s more: if a conversation suddenly turns to a family crest or you have noticed a small ring with some symbol on your conversation partner’s left little finger you can be 90% sure that you’re talking to a descendant of aristocrats.

Complain with and without cause

In England, you will learn to make small talk (talking about nothing in particular), consisting of minor complaints about the weather, Brexit, the government, prices, traffic jams or public transport. The weather always has to be quite inconvenient, while trains have to be late or overcrowded. If the weather is objectively pleasant, urgently find another of life’s little nuisances that you can complain about to your local acquaintance. But on no account should you turn to matters of private life — Brits keep everything related to their private life strictly to themselves. Drink beer outside whatever the weather

What can be nicer than drinking a pint just outside the pub on a warm summer’s day? But what if the pint becomes three and it’s a cold, dull autumn or even winter? No problem, young Brits will hang out on the street no matter what the weather is.

I recall one frosty February evening when acquaintances and I stood outside a small pub in the center of London drinking cold cider. I managed to endure it for about 20 minutes before my sense of self-preservation prevailed. I ran home to warm up while everybody else peacefully continued their chat under the chilly drizzle.

British newspaper The Guardian has estimated that the average Brit will eat over 18,000 sandwiches in their lifetime.

The British aren’t that fussy about what they eat — the standard English lunch consists of a sandwich made of two slices of bread, containing ham and cheese, accompanied by salt and vinegar flavored potato chips (in extreme cases, the potato chips are eaten inside the sandwich as part of its filling).

You can find fast-food eatery chains in all major cities, including Pret a Manger or Eat, with a large selection of appetizing sandwiches. The average starting price for a snack there is £3.

If you have been on your feet all day, it’s very likely that you will eat that same bacon or chicken sandwich the next day for breakfast, lunch, and supper. Even the queen is said to like them — no traditional English afternoon tea is complete without mini-burgers with cucumbers, ham or cheese. The English are famous for their tolerance — in London alone you will find over 270 different ethnic groups. Apart from having accepted different cultures, languages, and customs, the locals have taken a long journey from intolerance and oppression to becoming role models of tolerance towards sexual minorities, people with disabilities and racial minorities.

The British try to live according to the principle mind your own business and value the freedom of expression.

Finding yourself in England, you begin to understand the extent to which its history and traditions are stitched together via an invisible thread through its past, present and future. The majority of the English prefer an old, slightly crooked little house with a fireplace to a new build, just as they prefer gathering in a local pub that has turned tatty as the centuries have piled up to eating in a snazzy, modern restaurant. They value and respect the monarchy, without doubting for a minute that such a well-outdated system delivers a feeling of stability and confidence about the country’s future.