Three Days in Bologna – What to See

Bologna is not the most popular tourist destination, and this is a shame. It is the capital of Emilia-Romagna, famed for its unique medieval architecture and excellent food. On top of that, it’s home to Europe’s oldest university, the University of Bologna, meaning that it will appeal especially to millennials as they can enjoy the bustling company of students and spend their evenings in local bars. Visiting Bologna is good any time of year except perhaps in August when Italy is so hot that everyone wants to head for the beach.

Bologna has its own airport, which has direct scheduled flights from EasyJet, Ryanair, and other airlines. A return ticket from London costs from around €110.

You can order taxis in Italy by phone or flag down one of the yellow cabs at one of the designated pick-up points. Taxis here are really expensive, so we would recommend looking at alternatives.

Bologna is easy to get around on foot. If that’s too much for you, the buses here run regularly, and a journey costs €1.30; a day ticket costs €5). They haven’t finished building the metro.

Note that Italian taxi drivers are prone to striking against low pay – the dreaded word “sciopero” (strike) can be heard on every street corner. So ultimately don’t count on taxis – you could be waiting for a long time.

The most prestigious – and expensive – area in the city is the historic center. This is where most of the sights are located, so everything is within easy reach. If you can afford to, this is where we would recommend you stay, amongst the narrow, ancient streets, squares and churches. It’s here as well that you’ll find all the best restaurants and shops (for shopping, head to Via Dell’Indipendenza).

If you do decide to stay in the Old Town, try the Albergo Centale (from €83 per twin/double room per night). The hotel is located right next to the Piazza Maggiore, Bologna’s main square, and from the roof, there is a spectacular view over the city.

Another area worth considering is around the university. This is the liveliest part of town and is full of students all year round but might not be so good if you’re traveling with children as it can be noisy. However, if you want liveliness and to make new friends, then this is where you should base yourself.

A good place to stay is the Albergo Rossini (from €94 for two per night). They serve an excellent breakfast here, which will help nourish you after those noisy nights out. The Bologna quarter (“little Bologna”) is behind the main railway station. It is a cosmopolitan district where many migrants live, but this does not make it a dangerous area – and it’s also much cheaper than elsewhere.

A good place to stay is the 4* Executive Suite Hotel where a twin/double costs from €79 per night. The breakfast is good as is the extensive wifi provision – something you don’t often find in Italy.

How much money to take

Bologna is not considered to be an expensive place, especially when compared to places like Milan. Nevertheless, there is a lot to see, do, and try out here, so we’d suggest budgeting around €40 per day. This will be enough for decent meals, a couple of museums and some inexpensive souvenirs.

Regardless of where you stay, your visit to Bologna should start from its center, Pizza Maggiore (please remember to take your camera!). Pay particular attention to the Fountain of Neptune, whose architect was Tommaso Laureti and whose sculptor was Giambologna.

The statue of this heathen God was dedicated to Pope Pius IV. Neptune is depicted surrounded by angels discharging water from their breasts. Then move on to the Palazzo d’Accursio. The exterior façade is noteworthy for its statues of Pope Gregory XIII, as is the interior. The building is still a state institution, and in the Sala Rossa (Red Room) they hold wedding ceremonies.

The palace’s first floor houses its art collection (entrance is €5). There are 250 works by Bolognese artists dating from the XIII to the XX century, including some by Amico Aspertini and the Carracci brothers. The whole thing covers 15,000 sq m, and it takes several hours to see everything. Don’t forget to enjoy the view over Piazza Maggiore from the first-floor windows. Afterward, head for the San Petronio Basilica, the fifth-largest church in Europe. Entrance costs only €2. It will take about an hour and a half to see the church and all its sights. Make sure you take in the terrace for the views over the city. Cost is €3.

If you are a superstitious student, beware! Local legend has it that you must not cross the square via its center, only by going round the outside. If you ignore this rule, you will fail your exams, and all that hard work will have been in vain.

Make sure you manage to go up one of the Two Towers (entrance is €3). These are the symbol of the city of Bologna and offer spectacular views over the Città Rossa (Red City), as Bologna is also known because almost all the roofs of the city’s buildings are covered in red tiles. Your head will probably be spinning a bit once you get back down again, not just from all the excitement, but because you’re hungry. Try out the little Sfoglia Rina restaurant and order yourself a portion of tagliatelle alla Bolognese (pasta with Bolognese sauce) and a glass of red wine. The pasta will cost €9-€10 and the wine from €3. Round things off with a cup of strong espresso and prepare to get back to the culture.

If you’d like to get hold of some original souvenirs, go to the antique market near the Basilica of San Stefano. You can spend many a happy hour here haggling for antique items for your home (you know that old gramophone you always wanted?), decorations and leather goods. What you pay depends on how good you are at holding your own!

The second day is recommended for exploring Bologna’s contemporary culture. Begin at the Museum of Modern Art (MAMBO) (entrance costs €6). If you’re not keen on strange exhibits made of unidentifiable things and cannot work out what the artist was trying to say, there is another way to get close to the city’s contemporary culture and that is to walk along via Zamboni and admire the local graffiti.

Graffiti is a very popular form of expression in Italy. There are even special websites about where to find the most interesting examples. The closer you are to the university, the more examples you will find, from loud political slogans to simple wall art.

If this kind of contemporary culture is not for you, carry on exploring the Italian classics. You could try the Palazzo Pepoli Campogrande. This palace was built in the XVII century and now houses the gallery of Baroque art. Don’t just spend all your time looking at the exhibition, which is split between the Palazzo Pepoli and the Quadreria Zambeccari (entrance to both buildings costs €6) and includes works by Giotto, Titian and Rafael, but also the frescoes painted onto the interior of the palace. Take the Hall of the Seasons (Sala delle Stagione), for example, which is decorated (wait for it) with frescoes depicting autumn, winter, spring, and summer. To see all the exhibits in the palaces will take around two hours. 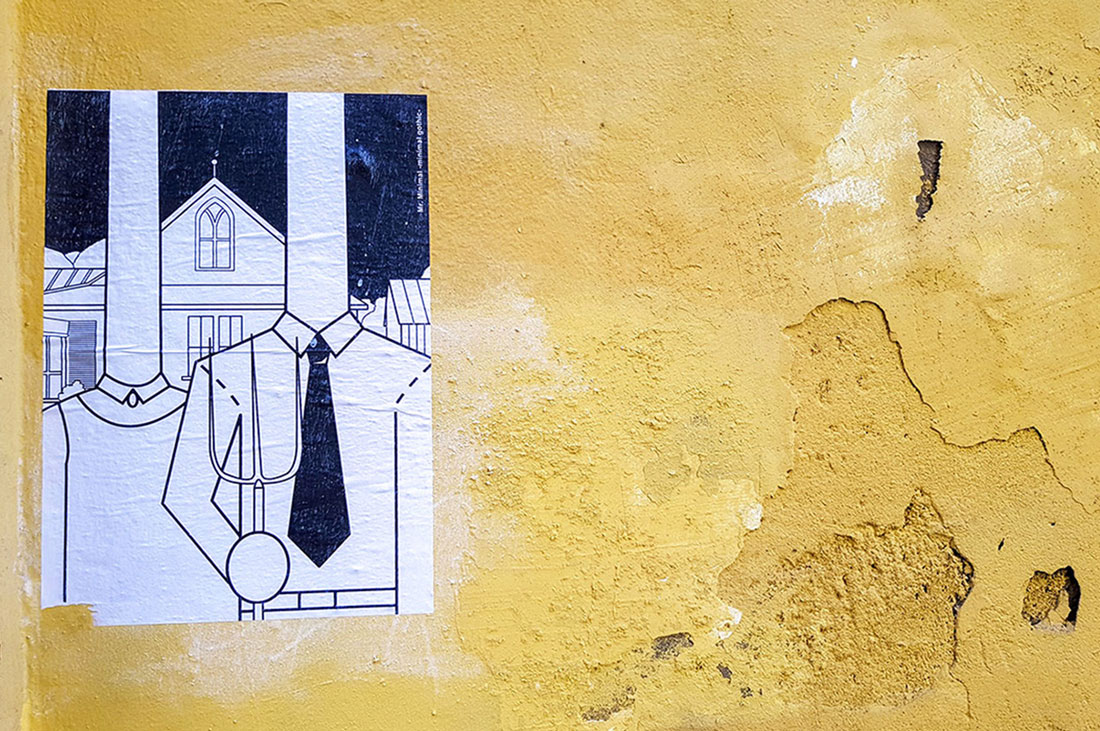 Then there is the Olympus Hall (Sala dell’Olimpo) with its frescoes depicting the gods of Olympus. If, by now, you feel that you have had your fill of culture and you feel that something more worldly is in order, head for the Via Independenza and enjoy some good old-fashioned shopping. Here you will find well-known global brands as well as some of the more expensive Italian designers; the Rinascimento shop, for example, has a good selection of quality dresses starting at €100.

When it’s aperitivo time, go to Cafe Zamboni, where, for €8, you can enjoy a glass of wine or a cocktail, and the starters are really impressive. This is where you prepare yourself for where you will get to know the real Bolognese – in the local bars. Close by, at Via Zamboni 3, you’ll come across Bar Lime, which looks inconspicuous from the outside but offers great classic cocktails inside (from €4). Afterward, take a walk around the city. If it’s chilly, you can certainly warm up with more cocktails. Just let yourself be led by how you feel or by your new friends; you can always take one of the night buses back to the hotel (timetables here and here).

In the morning, especially if you’re feeling a bit delicate from the night before, go straight to the Caffe Terzi where the breakfasts are so good that you often have to queue. Then head out and look for a secret place, a window with a view over the canals of Bologna. Nothing can lift the spirits like a nice view. Yes, there are canals in Bologna – in fact, it has been nicknamed Little Venice. OK, so what about where to get this view? Head for Via Piella.

A typical Italian breakfast is not taken at home but in a bar. Italians generally have a coffee before work (cappuccino if before midday) and a croissant, either plain or with a filling. It’s worth noting that croissants are called “brioche” in the north and “cornetto” in the south.

Finally, Bologna University. You can visit the inner court free of charge, and there’s plenty to see here – painted domed ceilings, arcades, and a student atmosphere – this is where Dante, Petrarch, Boccaccio and Eco all studied. In theory, you are allowed to go inside, but this isn’t a tourist place as such, rather, a place of study. You can visit the library and the Archiginnasio of Bologna (entrance costs €3).

By now, you will probably have worked up an appetite. Not far away is the tiny little restaurant Marsalino, which has lovely views. You can get crostini (similar to bruschetta) which you should try with brie, pecorino and pancetta, a type of Italian ham and a gastronomic pleasure which will set you back €9. For your traditional Bolognese dessert (ice cream – what else?) we suggest you go to Gelateria le tre Gemme where you should try their mascarpone flavored ice cream (€3).

Gelato, or ice cream, is popular in Italy. It’s made of milk, cream, and sugar with added berries, fruits, chocolate or nuts. A similar kind of dessert was enjoyed in Ancient Rome, Egypt and other parts of Italy using snow from the mountains. Much later, in the XVI century, architect and sculptor Bernardo Buontalenti invented the freezer and how to make sweet stuff in it which was similar to what we now know as ice-cream.

The first ice-cream parlor was opened in Rome in 1800 where they made and sold their own ice-cream. Afterward, take a walk in the Parco Della Montagnola. This park is known for its elegant sets of steps and fountains. Entrance is free. The park is close to the main railway station so very convenient if you need to get to Bergamo or another airport for your return flight.

Bologna is not just a university or a place to get spaghetti – I think we’ve made that clear enough! It’s a young, dynamic city which is in constant change and always renewing itself. Of course, three days is not enough to get to know a city properly and we’d recommend you try to stay longer – there’s always something to do here, it’s easy to find people to hang out with – and who you won’t want to say goodbye to – and if you want to try all the good food, not even a week would be enough.