What Can Italy Teach Us

We love Italy for its Neapolitan pizza, Genovese pesto and any kind of pasta. We love it for the Ligurian coastline, vineyards in Tuscany and the waters around Sicily. For Milan Fashion Week, the Florentine Academy of Arts and the Venice Film Festival. And we love the Italians themselves, their laid-back ways, their gestures and impeccable taste. But Italians are not just brown-eyed ne’er do wells – they are the epitome of the dolce vita and la bella figura. Here’s some insight into the Italian mentality.

Dolce far niente, or how lovely to do nothing

Take your time over your coffee at the bar, even if you’re late for work. Take a walk in the sunshine on a sunny weekend whilst ignoring the frenzied tourists. Even Italian films are shown in two halves to give time for a piccola pausa half way through (a short break) so that you can digest what you’ve seen, talk about the theme of the movie with your friends and have a little bite to eat. Don’t sit at a table when enjoying your morning coffee and croissant in a café – it will cost you much more. If you take it at the bar you shouldn’t pay more than 2.5 euros for the whole lot.

It’s so important sometimes to tell the world to hold back and take a few minutes for yourself. Perhaps this is why average life expectancy in Italy is 85.5 years, while in the US it is only 78.4.

Diet? What diet? A classical Italian evening meal starts with the aperitivo, an aperitif. Italians enjoy being in good company and regularly head for a restaurant, café or bar to enjoy a glass of wine with some cheese and olives. We then move to the antipasto, the hors d’oeuvre, which might consist of cheese and some cured meat, like prosciutto or mortadella. After this, the primo piatto, first course, is served – and this is likely not to be soup. It could well be a dish of hearty pasta, although not necessarily a large portion (no more than 80g) or perhaps some risotto. Next comes the secondo piatto, the second course, which is usually meat, fish or poultry always served with a garnish (contorno). You might think it’ll be time to leave the table after that lot, patting your fully belly and praying for mercy, but no – you’re not going anywhere until you’ve had your dolce, dessert. Then a small coffee and perhaps a digestif, such as grappa, limoncello or a herb-based amaro. 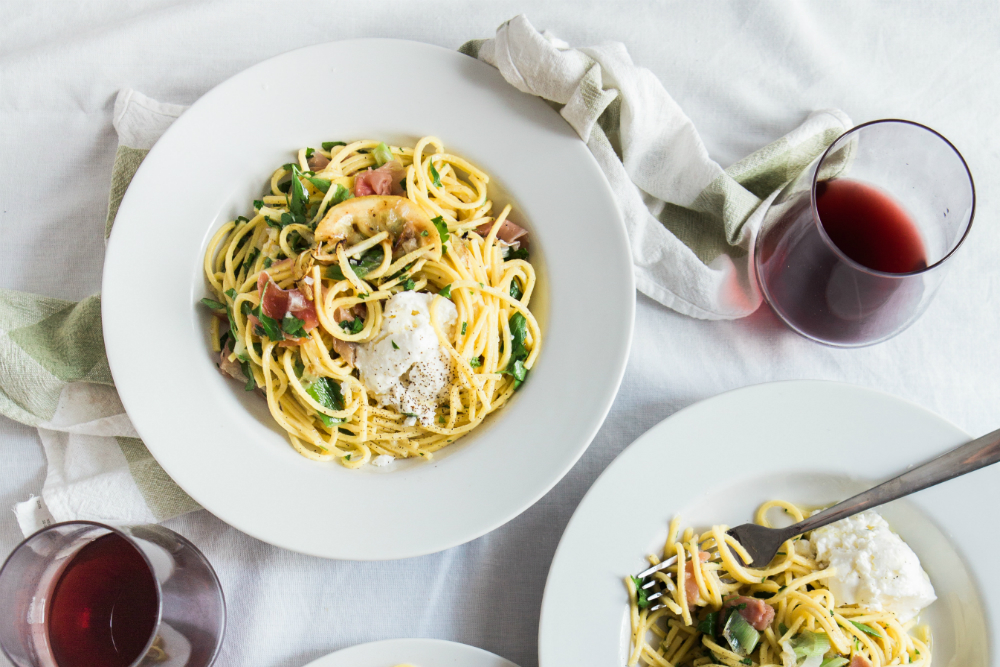 Despite this abundance of food and drink, most Italians seem to be able to keep their figure into old age – how do they manage it? Firstly, they are very careful to choose only quality ingredients for their meals – if they have meat then it will be of the highest quality they can get, no genetic modifications. Secondly, the portions are not enormous. Thirdly, these guys just know how to enjoy their food with passion. The idea of going to the gym to work off a meal simply does not occur to them and the very thought of associating that scoop of ice cream with the size of your thighs…

Bella figura, or know how to present yourself

It’s said that Europeans really don’t care about what others think about them – you can go into shops in torn shorts or with a dirty face or turn up to an event in a simple dress or a lounge suit. Italians, men and women alike and with only very rare exceptions, pay a great deal of attention to how they look to others. It’s not for nothing they are perceived as one of the most stylish nations on the planet. Nevertheless, the concept of “bella figura” goes beyond the ability to dress well. It’s the art of being able to compose oneself.

When Italians organise a party, there will always be a beautiful table decorated with flowers. Guests will bring finely wrapped presents – you need to come armed with something.

This is not about actual physical dwelling places but about the country itself. Italians are ardently patriotic. They love their country (even though sometimes the contrary may seem to be true) and are proud of their Roman roots. You still hear Italians refer to the Roman Empire as “ours” and Latin is enthusiastically taught in schools. Local patriotism is an even bigger deal. Italy consists of 20 regions and each of them has something unique about it – each has its own cuisine (the most delicious!), its own environmental uniqueness (the most beautiful!) and, of course, each has its own dialect (the most accurate). Today’s Italian only became the country’s official language in the middle of the 19th century and only started to become truly widespread after the Second World War.

Nevertheless, dialects are still well and truly alive and kicking – if you have spent time in Milan and then go down to Naples, you won’t understand a thing. The fact is that every city considers itself the true cradle of Italian civilisation; the inhabitants of the town of Monza, 18km from Milan, do not see themselves as part of Milan’s suburbs but as citizens of Monzese and they have their own sort of risotto which surpasses all others made of bouillon, white wine, sausage and parmesan.

Le chiedo un favore, or can I ask you a favour?

Italians are not backwards in coming forwards when it comes to asking for help. It’s a great opportunity to engage someone in conversation and to get closer to them, laying the foundations for a future friendship. Asking an Italian for help, it could be helping a nephew into work, walking the dog, picking up some Tuscan tomatoes from the supermarket…and this will work in your favour, too. However, do remember that in a week, a month, a year, or maybe a decade, they will remind you that they watered your plants as you lay on the beach sunbathing and it will be your turn to return the favour.

Italians are quite conservative in many ways, even younger people, and they take traditions very seriously. Lunch is always served at about 1pm and dinner never later than 8pm and never earlier than 7. Oh, and you need to go to bed before one o’clock in the morning. If your great-great-grandmother make carbonara every Friday then you, your children and their children after them will do just the same. Gnocchi (potato dumplings) were enjoyed on Thursdays by the Romans… Nowadays, though, if you were once used to buying your weekly magazine on a Tuesday at the local tobacconists and to reading it from cover to cover, you’re probably going to do it on an iPad.

One of the possible outcomes of Italy’s innate conservatism is its underdeveloped internet penetration. Getting wi-fi at home in this country is not the easiest (or quickest) of tasks and many Italian websites look like something from the year 2003.

As you can see, the Italian mentality isn’t all about waving your arms about with your fingers pressed together, a heightened sense of what is beautiful and love for mother. It is also about a serious appreciation of good food, love of tradition and an ability to present yourself well. As they say, guarda e impara – watch and learn!