Cities of Serbia — Where to Go, What to See

Serbia today is one of the European countries that you can visit without any pandemic restrictions: if you are not a citizen of Montenegro, Bosnia and Herzegovina, Albania, Northern Macedonia or Bulgaria you will need to take a PCR test within 48 hours before entry (tourists from those countries don’t need a test).

You don’t have to worry about any curfew at night, as there isn’t one. Although establishments aren’t open late, they are at least open! Basically, if it wasn’t for the masks in public places then everything would be almost like it used to be. Therefore, you can confidently consider Belgrade. We have put together a set of ideas for you as to which other Serbian cities are worth visiting if you are unwilling to spend your entire holiday in a single city.

Belgrade: the point of arrival

It’s hard to discover Serbia while avoiding Belgrade. We recommend that you plan at least a couple of days walking through the largest city in the Balkans:

Read in more detail about how to spend your time in Belgrade in a separate article. Novi Sad is the center of the autonomous region of Vojvodina

Novi Sad is located around an hour’s journey time from the capital. It’s the main city of Vojvodina. Belgrade and Novi Sad are like Moscow and St. Petersburg: the Serbian capital is noisy, crowded, and a business center, while Novi Sad is intellectual, sophisticated and subtle.

Vojvodina was once part of the Austro-Hungarian Empire, and these pages from the past have left an imprint on the atmosphere and architecture of its cities. Historically, Novi Sad was considered the center of Serbian culture in the Habsburg empire, for which it was even called the ‘Serbian Athens’. Novi Sad was even called the ‘Serbian Athens’.

It’s worth visiting Novi Sad for its Christmas fairs with pretzels and punch in winter time, for its blooming parks and squares in the spring, or for its ice-cream and lemonade in picturesque street cafes in summer. Novi Sad has something of Prague or Budapest about it (on a smaller scale, of course).

The Danube flows through the city and cuts Novi Sad into two parts. One side of the river contains the streets Dunavska and Zmaj Jovina which are walking routes, the central Liberty Square with the town hall in neo-Renaissance style and the neo-Gothic Roman Catholic Church of the Name of Mary (you will immediately recognize it due to its enormous spire which you will have difficulty fitting into your camera’s range), the winding Vladicanski Dvor, the cathedral and Danube Park (where it’s particularly pleasant to escape the Balkans summer heat). The spire of the Roman Catholic Church of the Name of Mary is a notable landmark in the city. On the other side of the river you will find Petrovaradin Fortress (with free entry to the territory). At one time the Catholic nobility of the city lived at Petrovaradin, while the Orthodox Serbs, Greeks and Jewish traders lived across the river from the ‘elite’. Take a look at the fortress’s clock-tower: it has an unusual feature in that the hour hand shows minutes and the minute hand shows hours. According to a legend, thanks to this sailors on boats traveling along the Danube could see the time better.

We recommend relaxing over a coffee at the Petrovaradin cafe Terasa: from here you can take in an amazing view of the Danube and Novi Sad. By the way, in July a major European music festival called Exit is held in the fortress’s grounds (which we view as one of the main cultural events held in Novi Sad). 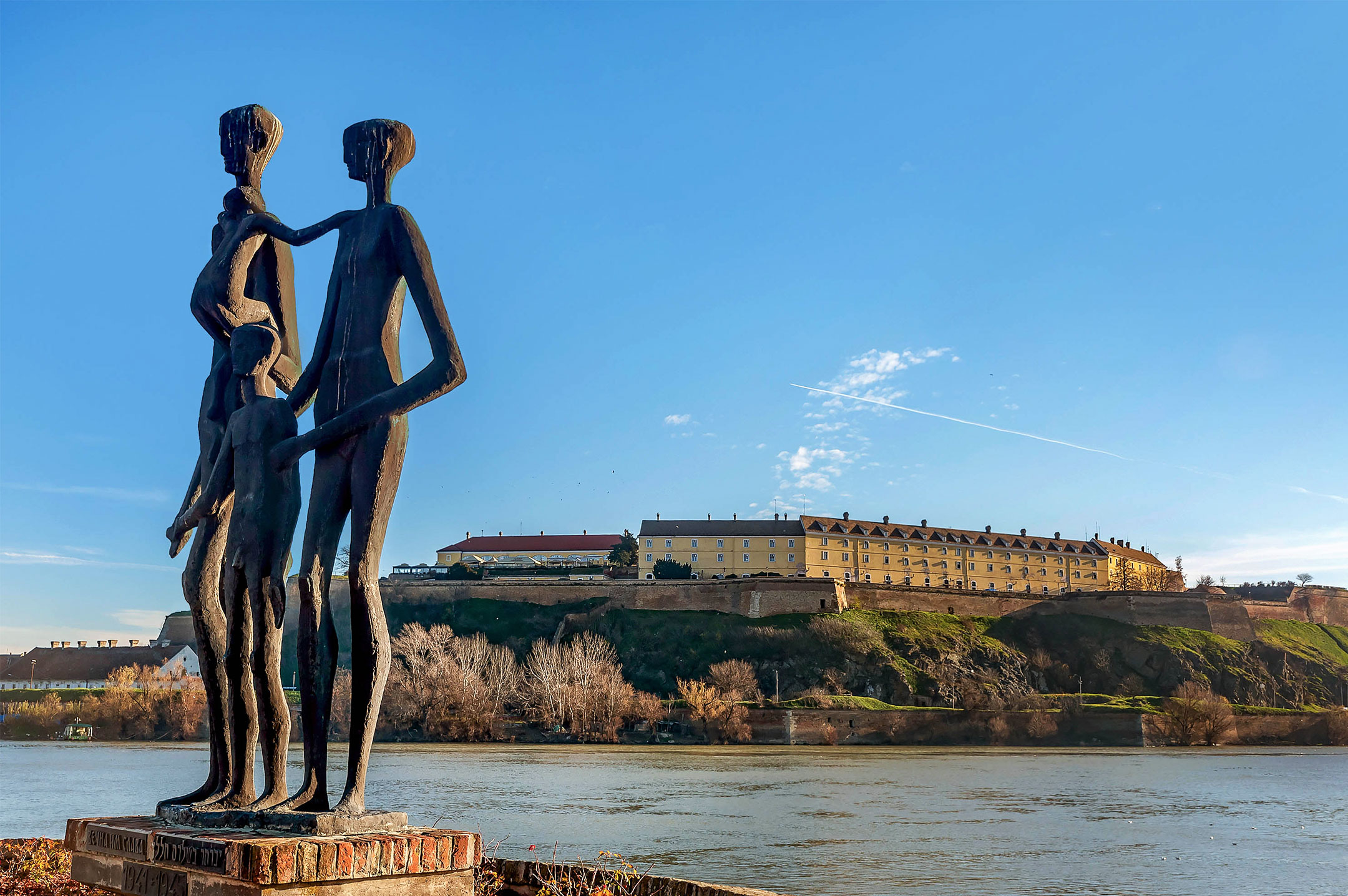 If you get here at a warm time of year don’t forget to try Strand Beach — you will be surprised at how well the Serbs organize beach leisure when the country is hot but has no sea.

The beach begins to function from around mid-May. Entry to the Strand is not free but it costs a symbolic 50 dinars/€0.5). On the territory you will find showers, changing rooms, sunbeds with umbrellas, cafes and a restaurant. The Danube in this part is quite shallow and warm, so you can enjoy yourself by the water even with a small child. Strand Beach is a great option for a beach holiday in a country where there is no sea.

Fishing Island is another interesting place in Novi Sad. In actual fact it’s a peninsula some way from the city center (if you don’t have a car then it’s easiest to get there by taxi). Here on the bank of the Danube you will find a cozy promenade zone with cafes and little restaurants. In the restaurant called Piknik, for example, there is even a modest zoo.

The environs of Novi Sad

Overall, Novi Sad is a good place to stay for several days and discover Vojvodina. The city’s outskirts feature a number of ethnic villages (known in Vojvodina as ‘Salashi’). We recommend you visit Bucin Salaš in the town of Temerin with an excellent restaurant offering national cuisine (the average check is €30–40 for two) as well as a big farm with piglets, horses, little goats and other country beasts.

If time allows, visit the baroque town Sremski Karlovci which is next to Novi Sad. There you will find St. Nicholas Cathedral, the first Serbian grammar school, and several wineries (pop into one of them for a tasting session, for example one of the best known is Vinarija Zivanovic which also sports an apiculture museum, the Museum of Beekeeping and Wine Cellar Živanović). One of the interesting buildings in Sremski Karlovci is Chapel of Peace. It is located right where the Treaty of Karlowitz was signed in 1699 between the Ottoman Empire, Austria, the Polish–Lithuanian Commonwealth and the Venetian Republic.

It’s said that, in order to get the treaty signed, the representatives of the warring factions were specially sat at a round table so that none of them was seated in a presiding position. Since then, diplomacy has acquired the tradition to hold negotiations at a round table.

Also, Sremski Karlovci are the ‘gates’ to Fruška Gora National Park with its 16 ancient Orthodox monasteries and spa resort Vrdnik. 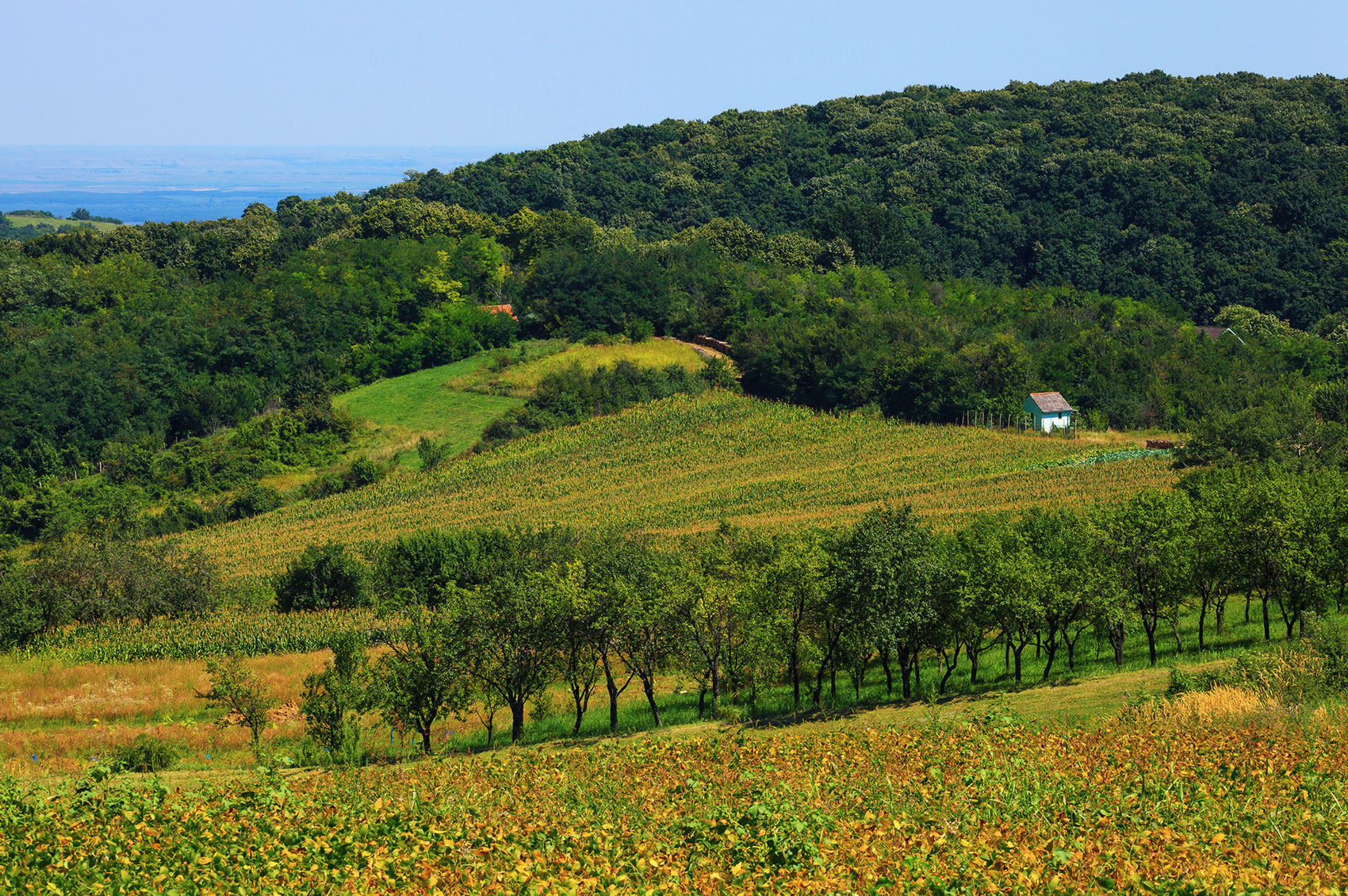 Subotica: on the Hungarian border

With the European borders open, many fly from Moscow to Serbia via Hungary (flights on budget airline WizzAir are much cheaper than direct Moscow — Belgrade flights).

You can climb the tower only as part of an excursion, but the view is worth it. Photo: Nenad Nedomacki / Shutterstock.com

It’s convenient to travel from Budapest to Serbia by train, and the first Serbian city located by the border happens to be Subotica. It’s so charming that it’s worth sticking there for a couple of days. Also, you can reach Subotica from Belgrade: however, it’s a 3–4 hour bus ride.

The main tourist attraction in Subotica is the city hall, built in the early 20th century. The tower in the city hall contains a viewing platform from which you can admire the city. Note you can’t just go there on your own. You have to join a guided tour, which is held once a day from 12:00, Tuesdays to Fridays, and costs 300 dinars / €2.5. Other attractions of ‘ornate’ Subotica include the city library building with atlantes from the late 19th century, the National Theatre that was once the biggest and most beautiful in this part of the Austro-Hungarian empire, and Raichle Palace built in the early 20th century in the style of the Hungarian secession, which today hosts an art gallery. After walking around, relax in a cafe in the central pedestrian street Korzo Street.

From the center of Subotica, you can take a city bus to Palic Lake. This is Serbia’s biggest natural lake. Next to Palic you will find one of Serbia’s largest zoos (entry costs 300 dinars / €2.5). Smederevo: the Pearl of the Danube

After a journey of about an hour and a half you will reach the medieval city of Smederevo. It is first mentioned in the early 9th century, while in the 15th century Smederevo even became the capital of Serbia, after Belgrade was temporarily occupied by the Hungarians. It was then that they began to build Smederevo Fortress, which today remains the largest flatland fortress in Europe. The fortress has been well preserved and is used for festivals, public holidays and historical reconstructions. Every September a big public event is held in the fortress — the harvest festival Smederevo Autumn. Companies and organizations from Serbian regions descend here, bringing treats and presenting local crafts. This all happens simultaneously with a concert of popular Serbian performers, while children enjoy a fairground with attractions.

The central square in Smederevo — Republic Square — hosts the Church of St. George, which was decorated by the Russian White emigrant Andrej Bicenko. Smederevo is considered the center of one of Serbia’s wine regions, so you can combine a visit with wine tasting, for example by visiting the Janko Winery.

If Belgrade is a modern cosmopolitan metropolis and Novi Sad is a piece of ornate Europe, then Niš, the country’s third-largest city, bears a greater resemblance to traditional Serbia. Note by the way that Niš has an international airport from where you can fly to the sea – to Montenegro. The heart of Niš is Niš Fortress (free entry), built by the Turks in the 18th century in place of more ancient reinforcements. Artefacts of the late Roman period have remained here (ruins of thermal baths, remains of a basilica and gravestones). But obviously the Turkish legacy is much better preserved — the hammam and Bali-Begova Mosque. An international jazz festival Nisville is held on the fortress territory every year.

The central zone in Niš where it’s worth including on a walking route practically begins from the fortress gates — this is at Obrenovicheva Street. It joins Kopitareva Street — the so-called Tinkers Alley (‘Kazantsitsko sokace’) — which is quite a flamboyant place.

In the past Niš market was located here (it was known at ‘charshia’ in Turkish cities). Here, artisans fabricated and sold goods from copper, including cooking pots (which is the origin of the district’s name, while ‘sokace’ means ‘lane’). Today, Tinkers Alley is one of the city’s most happening spots, with lots of ethnic restaurants, cafes and confectionary outlets. In the evening the street is filled by a mixture of tourists and locals: make sure to have dinner here in order to feel Niš’s mood.

The city has a famous monument — Skull Tower. After the first Serbian uprising in the early 19th century the Turks beheaded the soldiers defeated in the Battle of Čegar as a lesson and built a tower with the skulls to frighten the population. Today a memorial chapel has been erected above them. We also recommend visiting the Mediana Archaeological Site (entry costs 200 dinars / €1.7), which contains remains from buildings of the Roman town Naissus from the 8th-9th centuries (the ancient ancestor of modern Niš). This place is famous above all because in 364 it was in Mediana that the division of the Roman Empire between the Western Roman Empire and the Byzantine Empire began.

When it’s hot you can relax in Niš in City Park Chair with its swimming pools, slides, deckchairs, cafes and restaurants (entry is 300 dinars / €2.5).

Apart from city holidays Serbia has other features to surprise tourists. Here you will find national parks, ancient holy sites, a multitude of natural attractions, cycling routes and walking routes. Pilgrims and gastronomic tourists come here. Others visit to travel along the Danube or to visit ethnic villages, for wine tasting or for the spas. Usually, people who have been to Serbia recall their trip fondly and dream of returning.

Where to go
A Beach Holiday in Serbia: Dive Into a Country Without the Sea

Where to go
A Beach Holiday in Serbia: Dive Into a Country Without the Sea