London is the champion among European capitals for the number (and quality!) of museums with free admission. This is not only advantageous, but also very convenient: one visit to The British Museum, one of the largest museums in the world and second in attendance only to the Louvre, is not enough time to see all seven million exhibits, so for this reason, you can go there innumerable times. You may, for instance, suddenly wake up one morning with the desire to see the Rosetta Stone with your own eyes, and the next day you simply must behold the Portland Vase and fragments of the Mausoleum of Halicarnassus. 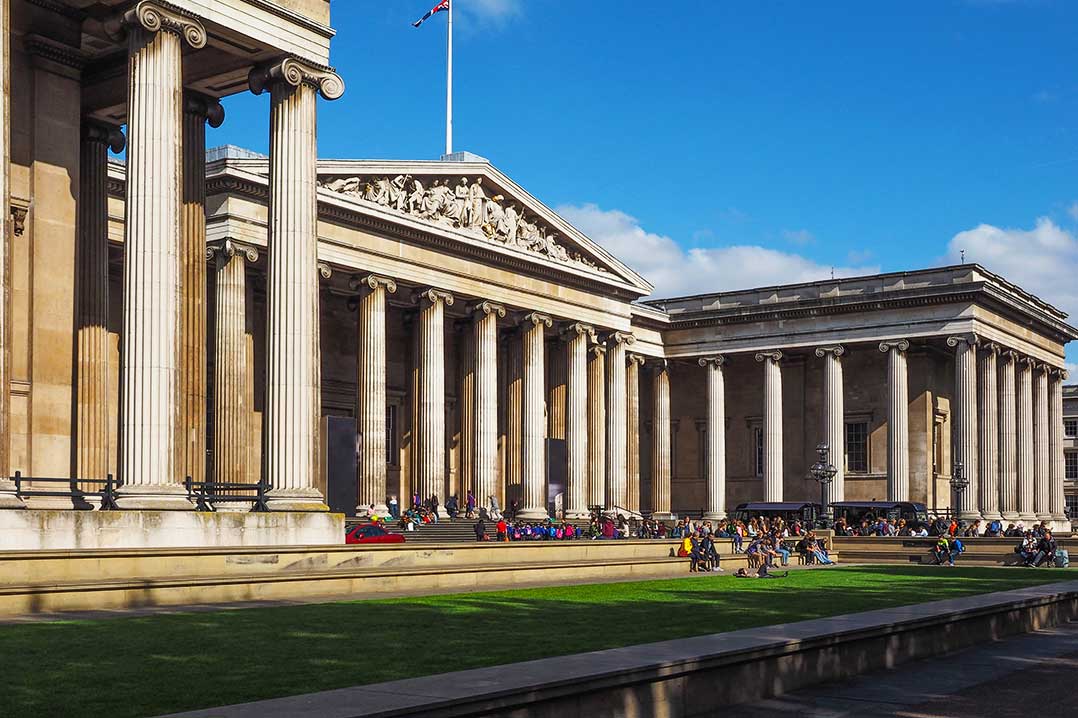 Besides artifacts from the ancient world, valuables from Western European culture were also brought into the capital of the British Empire. In The British Museum, you can see such treasures as the Franks Casket, decorated with runic inscriptions, and the Golden Cup of Charles V. You can also admire one of the world’s best collections of graphic arts and engravings, featuring the works of Michelangelo, Leonardo da Vinci, Raphael, Dürer, Rembrandt, and William Blake.

Does the thought of jostling among tourists to catch a glimpse of the Mona Lisa out of the corner of your eye make you shudder? Do you prefer cubism and surrealism but don’t want to pay for a ticket to the Pompidou Centre? The Musée National d’Art Moderne National (National Museum of Modern Art) is located in the Pompidou Centre — don’t get the two museums mixed up! Go to the City of Paris Museum of Modern Art, where the permanent collection can be viewed for free. You will see works from various art movements of the 20th century. In 2010, the ‘heist of the century’ was committed at the museum: five paintings by Picasso, Matisse, Braque, Modigliani, and Léger were stolen. The crime was never solved, the masterpieces were never found, but there’s still enough left to see in the museum’s collections.

This museum is another treat for modern art lovers who are traveling on a budget. It’s free to see the work of Picasso, Dali, Magritte, Andy Warhol, and Jackson Pollock. The museum’s collection, which has about 4,000 works, is the collection of Portuguese magnate José Berardo. Both Paris and Miami stared in wonder, hoping to host the fabulous collection, but the Portuguese authorities decided that the collection should remain in the country and set aside a building for the museum. In the seven years since the Berardo Collection Museum opened, it has become one of Portugal’s most visited museums. Its popularity is unlikely due to the fact that admission is free (on Saturdays only); the Berardo collection is really worth seeing.

The National Museum of Denmark is Denmark’s largest museum dedicated to the country’s history and culture. Located in a cute rococo style building is an exhibition that will help you form an impression of how people lived on the islands of the Danish archipelago centuries ago. The pride of the museum is The Sun Chariot, the gilded bronze sculpture dating back to the 14th century, and the meter-tall Hjortspring boat, the oldest war booty in Europe. You will see the spears and shields of the Vikings, huge stones with mysterious runes, amazingly beautiful carved objects from the Middle Ages, the royal crown and globes from the Age of Discovery. If you don’t know anything about the history of Denmark, going to this museum is an excellent way to fill in the gaps.

This museum is a true paradise for numismatists. In addition to modern coins and banknotes, exhibits from the collections that once belonged to the Habsburg dynasty, the Archbishop of Salzburg, and the Republic of Venice are stored here. Among other things, you will see ancient Roman, Persian, and Celtic coins. Even if you are not a fan of numismatics, this museum is still worth a glance since it is the only place you can look at the largest gold coin in Europe. With a diameter of 37 cm and weighing 31 kg, the coin has a face value of one hundred thousand euros. The collection of banknotes is also impressive; there is paper with watermarks and printing presses for printing money. Just imagine having such devices in your household!

Do you want to visit other museums and also save money? Study museum websites carefully because many of them offer free admission (once a week, once a month, or on public holidays). Then you can tell your friends that you admired Velázquez’s Las Meninas at the Museo del Prado and visited the Pergamon Museum in Berlin completely for free.

Where to go
Parks and Leisure Areas: The Best Places for a Picnic in Paris

Where to go
Parks and Leisure Areas: The Best Places for a Picnic in Paris