Ola amigos! Today we’re setting off to the edge of the Earth. We will tap on the parquet with bare heels to the sound of fado, expertly stir prawns in a frying pan with a wooden spoon and follow the adventures of João Sem Medo from the village in Cry and then Swallow Your Tears. We have come up with some travels that don’t require you to leave the house!

Portugal is a country with a scorching sun and a salty wind. Open up your suitcase with summer clothes and put on your most attractive pieces.

As always, it will be easy for men: ideally they should wear a white shirt with rolled up sleeves or a T-shirt, as well as clean trousers (yeah, we know it’s not the first week of lockdown, but try to find some).

Girls have more options for creativity: for example, you can dig out a long, loose skirt and complement it with a tight black T-shirt. Other good choices include a dress, pinafore, cape, and sarong. The key is for your clothes to be bright with a wide hem — so that dancing will be easier.

The final touch is to let your hair down and wrap it in a bright scarf or place a large flower in it. 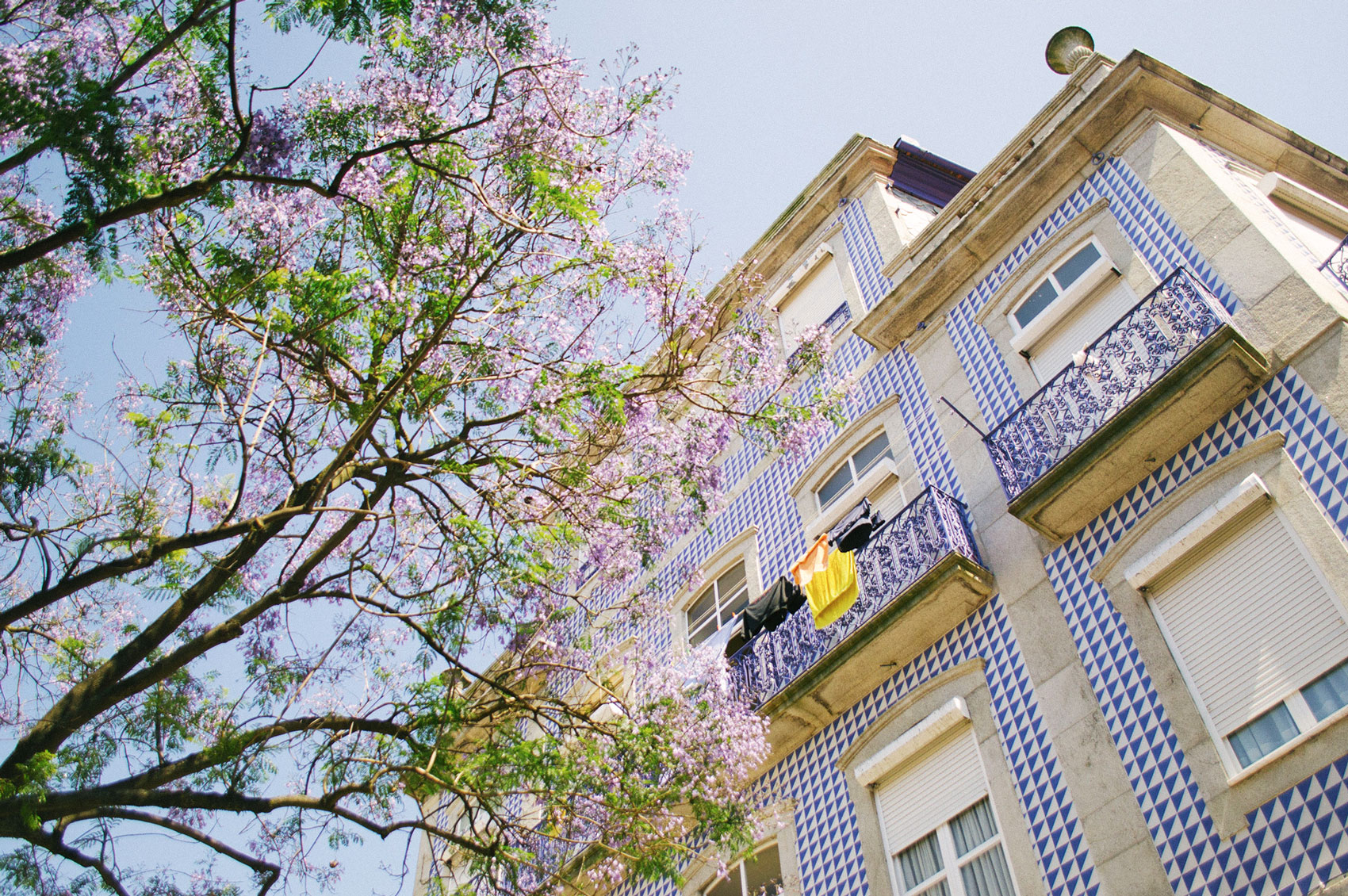 So the Portuguese are now also sitting in their beautiful azulej houses.

Fado is a musical genre performed solo accompanied by a Portuguese guitar. The dominant idea of the melody is the acceptance of a bitter fate (ha-ha!). In fact, fado translates as ‘fate.’ Another important aspect of fado is saudade — sweet sadness. Musicians able to convey this feeling are accorded the title fadista.

Turn on the music, close your eyes and… dance — release all the sadness that has built up inside you during the lockdown, give your arms and legs a good jiggle, and shout out if you really want to. You will feel better. The Portuguese guitar is the instrument that accompanies fado. Photo: Francisco Morais/ flickr.com

Step 3 — we cook something delicious

Portugal means gallons of coffee at any time of the day or night, confectionary until your teeth are ready to fall out, and unequaled, unlimited seafood. No doubt you know how to make coffee already, but we tell you in detail about the rest below.

Step 4 — we choose a film for the evening

Portuguese films are not as famous as French or American ones, so you can expect some revelations on top of beautiful sights.

Google web-cameras of Lisbon, Porto and Sintra and admire the beauty of Portugal through live streams.

The plot of this thriller revolves around a Swiss professor who saves a Portuguese lady from suicide. The lead role is played by Jeremy Irons. The cinema hall during lockdown looks something like this

A contemplative documentary about Corvo Island — the smallest island in the Azores archipelago. The film is a sight for sore eyes.

The tragic and ironic story of a love triangle that takes place in contemporary Portugal. Oddly enough, Chulpan Khamatova plays the lead role.

Intrigues, mysteries, adventures, an all-consuming passion, a terrible vengeance and mad love in Portugal in the 19th century. It will be hot!

This film is a memoir of the director Manoel de Oliveira, who set off together with three actors on a voyage round Portugal in order to retrace their youth.

1. The Book of Disquiet by Fernando Pessoa.
2. Lisbon: What the tourist should see by Fernando Pessoa.
3. All the Names by José Saramago.
4. Aventuras Maravilhosas de João Sem Medo by José Ferreira.
5. A malta da rua dos Platanos by Garcia Barreto.
6. Night Train to Lisbon by Pascal Mercier.
7. The Night in Lisbon by Erich Maria Remarque.

Portuguese literature, just like its books, films and all the arts as a whole, is highly emotional.  The Portuguese are not afraid to be themselves and talk openly about their woes, which can make you think their world is gloomy, though that’s not true at all. It’s simply candid — very sad in sorrow, and very joyful in happiness. The big guns will help to kill time during lockdown in Portuguese style: So we’ve now created a hot atmosphere, but this is exactly what we have been missing during lockdown. If your legs have turned numb from endlessly lying on the couch, you have got hoarse from the silence, and you are feeling down, now is the time to let your emotions run free, and Portugal is just what you need. Even if it’s Portugal created in your apartment with your own hands.